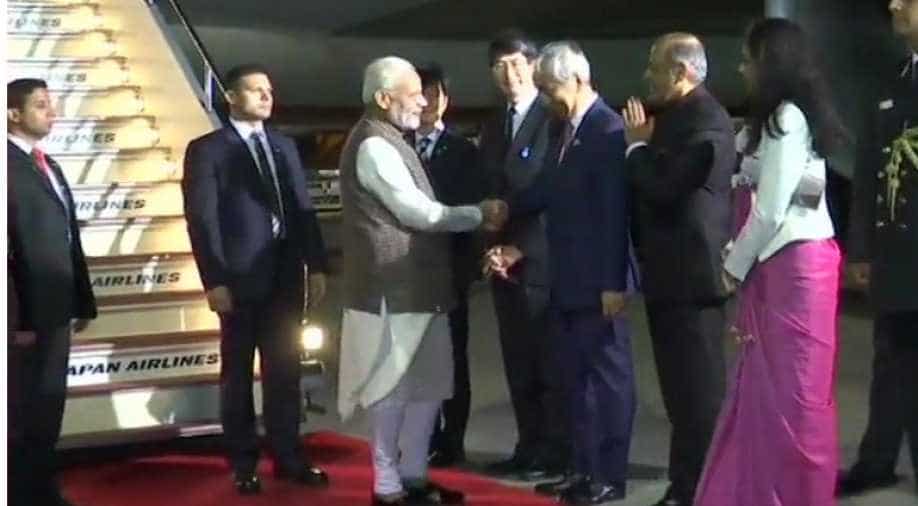 Prime Minister Narendra Modi arrived in Tokyo on Saturday evening for his two-day state visit to Japan. He will also attend the 13th India-Japan Annual Summit.

Modi interacted with members of the Indian community at Imperial Hotel in the Capital immediately after his arrival.

#WATCH: Prime Minister Narendra Modi interacts with members of Indian community at Imperial Hotel in Japan's Tokyo. He is on a two-day visit to the nation. pic.twitter.com/xaicL6Uz9G

This is Modi's 12th meeting with Japan Prime Minister Shinzō Abe since he first visited Japan in September 2014.

Prime Minister Narendra Modi arrives in Tokyo for his two-day visit to Japan; he will also attend the 13th India-Japan Annual Summit pic.twitter.com/8YA1IWCfFv

In a statement on Friday, before leaving for Japan, Modi described India and Japan a "winning combination" and said the island nation is New Delhi's most trusted partner in its economic and technological modernisation.

Modi also said that both economic and strategic ties with Japan have completely transformed in recent years.