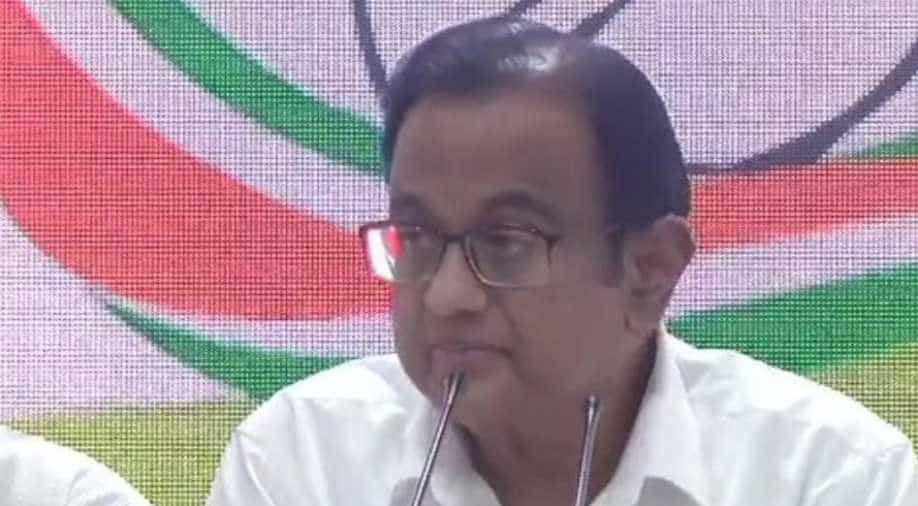 Congress wanted to put a spin on the news cycle built through the day that the former finance minister was absconding.

Congress wanted to put a spin on the news cycle built through the day that the former finance minister was absconding. In fact, earlier in the day, Chidambaram's team was desperate to get relief from the Supreme Court but failed to make any headway at the top court.

The party decided to take the high moral ground and decided in its official release not to announce that Chidambaram himself would be attending the press conference at 8.15 pm - bang on prime time even as television channels were busy carrying out uninterrupted coverage on his whereabouts.

Chidambaram took reporters by surprise when he showed up at the press conference. Karthi Chidambaram, on the other hand, addressed a press conference from Chennai. The biggest shift in the Congress was Priyanka Gandhi Vadra's support to the fallen Congress star.

Rahul Gandhi was opposed to the former finance minister. He had even ensured that he did not get the Rajya Sabha ticket immediately after 2014.

In fact, Rahul had given the Rajya Sabha ticket from Karnataka to Rajeev Gowda. It was because of intense pressure from inside Congress that the former president had to accommodate P Chidambaram. On Wednesday, it was Priyanka Gandhi who openly supported the Congress leader.

As it stood, Congress aligned with Chidambaram and so did Rahul Gandhi. Chidambaram is now at the CBI headquarters. Congress today is fighting public perception, however, as of now, the party has lost the war.

India's grand old party could have made Chidambaram a martyr but the ex-finance minister was too afraid to be arrested.

Now, Chidambaram's arrest is a reality. Many people forget that Hindu terrorism is something which the RSS loathes and Chidambaram is the poster boy of that attack.

Chidambaram's attack is less about corruption and more about a man who tried to corner the RSS on its fundamental philosophy.