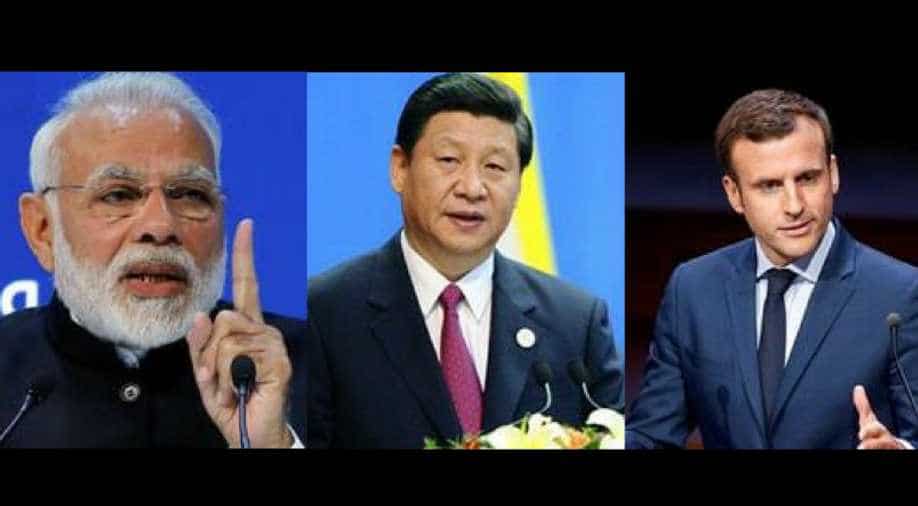 French President Emmanuel Macron to visit India from 9-12 March, to discuss China’s position on the freedom of military navigation in the South China Sea. Photograph:( WION )

French President Emmanuel Macron’s upcoming visit to India from 9 to 12 March will have many discussion points on the agenda, the main one being maritime cooperation in the Indian Ocean Region (IOR). Specifically, China’s power projection, its worrying stance on freedom of navigation and combating piracy are the converging interests that can bring France and India closer together on the maritime security front.

Why is France an Indian Ocean Power?

Like India, France is an Indian Ocean Power and a middle power with a similar culture of strategic autonomy. France has the largest Exclusive Economic Zone (11 million square kilometres) in the world out which 24% lies in the IOR. Three of these overseas territories: Reunion, Mayotte and The French Southern Antarctic Islands constitute a total of almost 1 million French citizens living in the IOR. France also has military bases in Djibouti and The UAE. This gives France significant sovereign, demographic and economic interests to defend militarily in the region.

China has a growing footprint of commercial bases in the India Ocean. The problem is that the commercial utility of these bases is questionable which invariably acts as a façade for militarisation,  loss of sovereignty or both. This can be seen with Hambantota in Sri Lanka and Gwadar in Pakistan, both of which started off as commercial operations, collapsed commercially, and then played (or will play) host to Chinese nuclear submarines. These ports are interlinked with a heavy regional architecture in the form of rail and road infrastructure and are linked up to Chinese ports in the Maldives, Myanmar, Bangladesh and Seychelles. China also built its first purposed military base in Djibouti, controlling the Mandeb Strait, one of the most significant maritime oil trade chokepoints. The 2013 French white paper showed concern over the dual-use nature of this presence.

The common reason for concern with India is China’s position on the freedom of military navigation in the South China Sea. French Indian Ocean territories have sea links with French Pacific territories like New Caledonia. These lines of communication run through several South East Asian straits, where the Chinese have been posturing aggressively. Given China’s controversial position on freedom of military navigation in its contested Exclusive Economic Zone in the South China Sea (SCS) and the East China Sea (ECS), there are chances that China can extend the same kind of hegemonic power play even in the Indo-Pacific at a later date. These paradigms if applied to the Chinese bases in Djibouti, Gwadar et al, would be disastrous for both India and France, hindering the defence on critical overseas territories.

France mentions its stance on freedom of navigation very clearly in its 2015 document on National Strategy for the Security of Maritime Areas hinting towards the actions of certain East Asian powers which can “threaten France’s freedom of navigation in the international waters”.   Similarly, the Defence Minister A K Antony's speech at the Shangrila Dialogue in Singapore in 2012 railed against Chinese Maritime Imperialism. These expressions of common concern now need to translate into common actions.  It is particularly important to challenge Chinese imposed paradigms in the SCS, in order to prevent their spread to the IOR. Joint Indian and French Freedom of navigation operations in the SCS can do much to stiffen the spine of SCS countries and draw clear lines with regards to the IOR.

Another vital element of freedom of navigation is counter-piracy operations. The sea link of the French Indian Ocean territories to France passes through the red sea in the west and to the French Pacific Territories via the South East Asian straits in the east. These are the two most heavily piracy-infested water around. In the past, India has been cooperated with France on Operation Atlanta, a counter-piracy military operation at the sea off the Horn of Africa and in the Western Indian Ocean. Equally, the joint protection of fisheries which are important to both French Indian Ocean territories and India is critical as is the need to contain any maritime fallout of instability arising out of the situation in Somalia, Yemen etc as this can very easily spread to both if not checked at the source. The potential synergy here is immense. French military bases in Djibouti and Abu Dhabi dominate the western IOR while Indian bases in the Andamans dominate the eastern IOR. A logistics agreement allowing the sharing of bases and refuelling facilities can significantly reduce costs and duplication making any synergy more effective.

Despite the considerable strategic clout that France and India possess in the IOR, this particular aspect of the bilateral relationship has been rather downplayed for decades given India's continental obsession. However, under Prime Minister Narendra Modi, one can see a much-needed revival of a maritime focus in Indian foreign policy thinking.  This and the similarities in both country's international outlook could lead to intensified cooperation in this much-neglected sphere. However, this has to be directed by both leaders and be a top-down approach. The hope is that Macron's visit will give a stimulus to this much-understated facet of possible India-France cooperation. 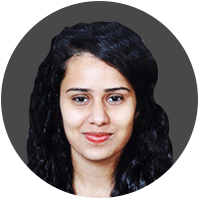 Shivani is a researcher in the Nuclear Security Programme at IPCS in New Delhi. She completed her Master's in Political Science with a specialisation in International Relations from JNU.