Operations at Kochi airport in Kerala to resume on Sunday 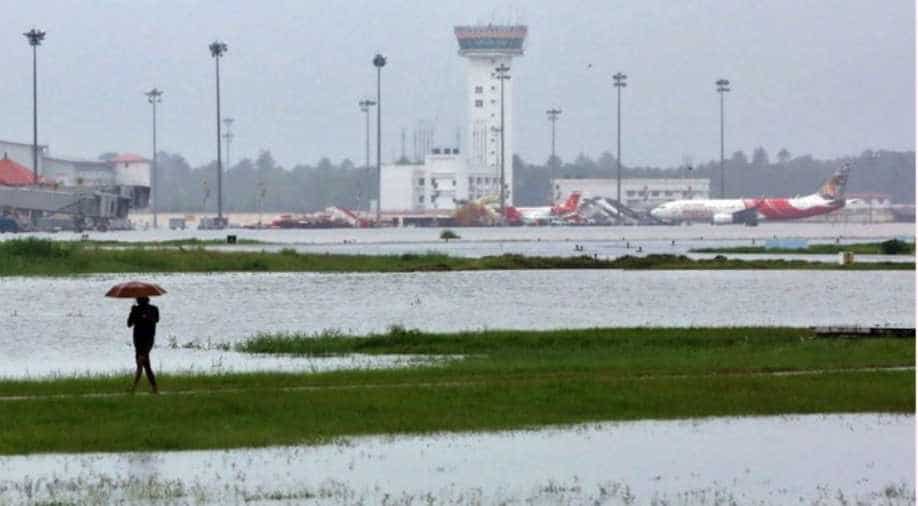 In Kerala, the disaster forced the evacuation of more than 22,000 people and the closure of Cochin International Airport, the busiest airport in the tourist state. Photograph:( Reuters )

Flight operations at the airport were suspended till 3 pm on Sunday in the wake of heavy rainfall.

Operations at Cochin International Airport will resume at 12 noon on Sunday.

"Kochi Airport is ready. Flight operations begin at 12 noon tomorrow; that is ahead of the deadline. Airlines are instructed to facilitate services accordingly," read a statement from Cochin International Airport Limited (CIAL).

Flight operations at the airport were suspended till 3 pm on Sunday in the wake of heavy rainfall.

Chief Minister Pinarayi Vijayan today said all arrangements have been done to conduct rescue operations, adding that as many as 80 landslides have taken place in various parts of the state.

"Accidents have happened in unexpected areas.... 80 landslides in various parts of the state. Malappuram, Kavalappara, Bhoothalam Colony and Puthumala in Wayanad are worst affected," Vijayan said during a press conference here.

In total, 42 deaths have been reported across the state, with eleven deaths in Wayanad district alone, Vijayan said.

"Police, armed forces, fishermen and volunteers are engaging in rescue operations... This gives us confidence to overcome this situation," he added.

The Chief Minister also mentioned that strict actions will be taken against those who are spreading fake messages.

"Some people spreading news that all dams are going to be opened. Another one is that petrol pumps will be closed. We should take it seriously," he said.

"In our state, there is no fuel crisis. We have enough stock. We are facing a serious disaster and we can face it together," he added.