Karti will be arrested once stay is lifted: Enforcement Directorate tells Supreme Court 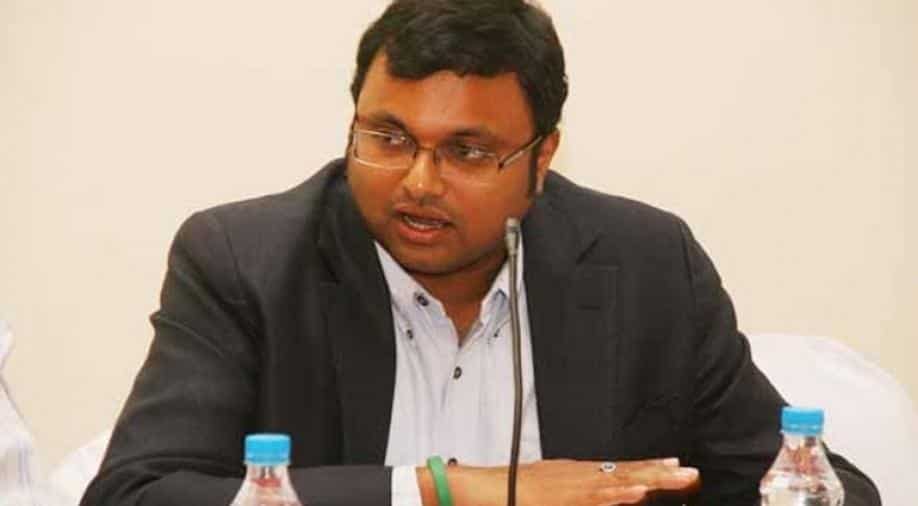 The CBI recently filed a charge sheet against fourteen accused, including P Chidambaram, Karti and a handful of bureaucrats in the case

The Enforcement Directorate (ED) on Thursday said that as soon as the stay imposed on the arrest of former finance minister P Chidambaram's son Karti Chidambaram is uplifted, he will be arrested.

"Karti Chidambaram is yet to be arrested in ED case, he did not apply for bail, he had filed a petition in High Court challenging few provisions of PMLA. There is a stay on his arrest and once it is lifted, he would be arrested," Solicitor General Tushar Mehta, representing ED, told the Supreme Court.

Mehta said that Karti is not on bail in the money laundering case being probed by the ED but in the corruption case investigated by the CBI.

The ED made contentions before the apex court which was hearing Chidambaram's petition challenging the Delhi High Court November 15 verdict which denied him bail in the case being probed by the ED. It has reserved the judgment on his petition.

INX Media case pertains to the Foreign Investment Promotion Board (FIPB) clearance given to INX Media to the tune of Rs 305 crore in 2007 during P Chidambaram's tenure as the finance minister.

The CBI recently filed a charge sheet against fourteen accused, including P Chidambaram, Karti and a handful of bureaucrats in the case.

In its charge sheet, the CBI revealed that Karti influenced public servants to extend favors to the INX Media and also used false invoices as a genuine document to demand an illegal gratification of Rs 10 lakh from the company.

P Chidambaram was first arrested by the CBI on August 21 in the corruption case but was granted bail by the Supreme Court two months later.

He was arrested by the ED in the money laundering case on October 16. A special court yesterday extended his judicial custody in Tihar jail till December 11.