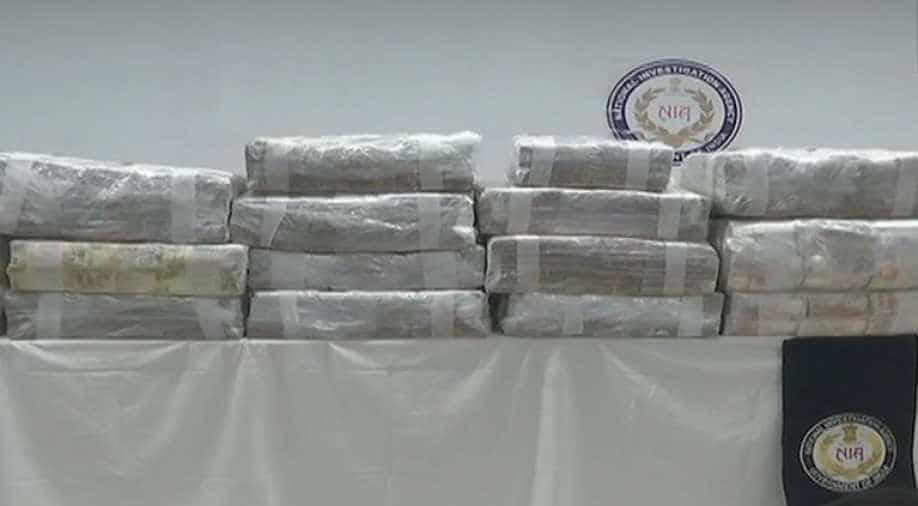 The National Investigation Agency(NIA) today seized demonetised currency worth over 36 crores in terror funding case linked to Jammu and Kashmir.

NIA investigators said the notes seized were worth Rs 36,34,78,500, nine people were also arrested in the case.

The NIA officials also recovered 28 cartons filled with demonetised currency of Rs 1,000 and Rs 500 notes in the four cars.

"After initial questioning, nine people were arrested today in the Jammu and Kashmir terror funding case and they will be produced in a special NIA court tomorrow," an official told PTI.

During the probe, the NIA official said, it emerged that people and entities linked to separatists and terrorists were still in possession of a significant amount of demonetised currency notes that could not be converted into new ones, PTI reported.

"Surveillance was mounted on such persons and entities. This led to unearthing of a conspiracy wherein a gang of such persons were making an attempt to convert this demonetised money into valid currency (notes)," the official said.

In September,  the NIA had conducted raids in Jammu & Kashmir and Delhi in the terror funding case. The raids are being conducted in at least eleven locations in Srinagar and five areas in Delhi including Gurugram.

The NIA has been trying to find a link in the terror funding case after conducting raids across J&K against separatists in Srinagar, Baramulla and Handwara.

The NIA had earlier questioned close aide of separatist leader Syed Ali Shah Geelani for routing funds to separatists from their Pakistan-based handlers.