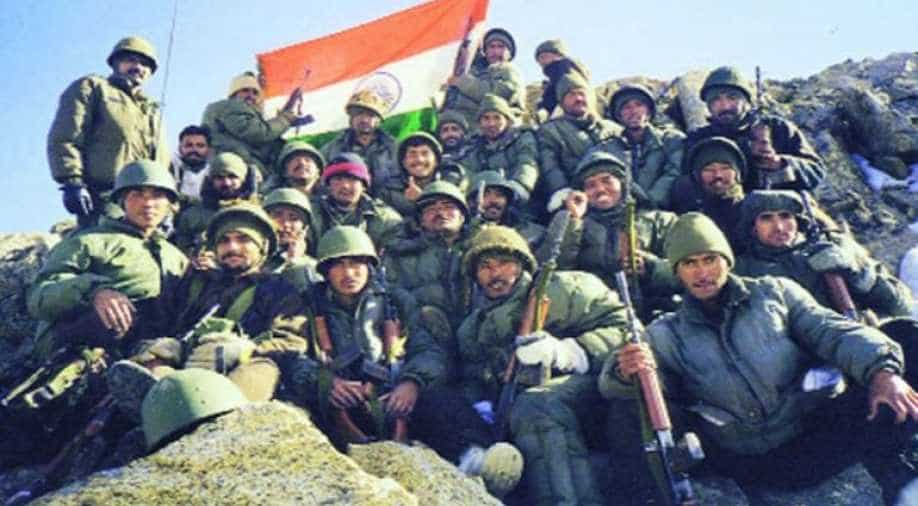 The Border Security Force (BSF) has decided to hold a week-long `Kargil Vijay Diwas` (Kargil Victory Day) celebrations in the border areas to mark the 20th anniversary of India`s victory over Pakistan in the 1999 war.

Border Security Force (BSF) personnel on Tuesday paid tributes to the jawans who lost their lives in Kargil war.

"I congratulate our security forces on the occasion of the ensuing 20th anniversary of Kargil Vijay Diwas. This year we are celebrating this occasion as Kargil Vijay week from July 20 to 26," Abhinav Kumar, IG of BSF Kashmir Frontier, said at the event at Humhama base camp.

"The BSF played an important role in the Kargil war by informing the army about the intrusions at the Zojila pass in March 1999. The role of our martyred Jawans is immense in securing back our captured peaks in July 1999," he added.

The Border Security Force (BSF) has decided to hold a week-long `Kargil Vijay Diwas` (Kargil Victory Day) celebrations in the border areas to mark the 20th anniversary of India`s victory over Pakistan in the 1999 war.

"Indian Armed Forces defeated Pakistan on July 26, 1999, and this day is celebrated as `Kargil Vijay Diwas`. On the 20th anniversary of the day, the force is organising special programmes in memory of the heroic sacrifices of soldiers," said the BSF in a statement.

"This day comes as a special occasion to acquaint the people of the country with the bravery and valour of the martyrs, who laid down their lives to protect the country," the statement added.

The `Kargil Vijay Diwas` on July 26 is being celebrated grandly by the Indian Army this year to rekindle the pride and valour of all the soldiers who took part in `Operation Vijay`.