India has same place in ICC as US has in UNSC: Tharoor recalls Jaitley's 'best' remark 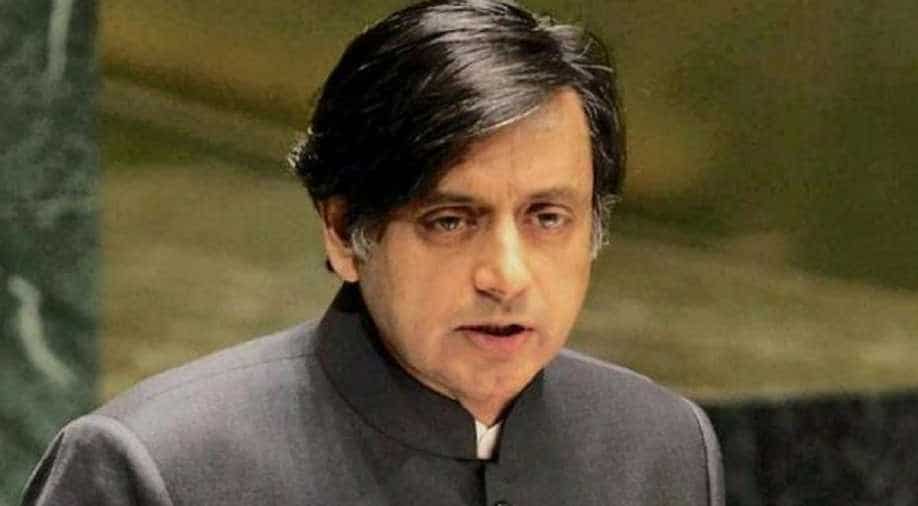 The Congress leader said he will remember Jaitley in many ways as a consummate Delhi insider, somebody who was completely at home in Lutyen's Delhi.

Congress leader Shashi Tharoor on Sunday mourned the demise of former Union Minister Arun Jaitley and recalled an interesting remark that the BJP leader made that 'India has the same place in International Cricket Council (ICC) as the United States has in United Nations Security Council (UNSC)'.

"I never forgot one of his best lines to me talking about cricket when I was still at UN - India has the same place in ICC as the US has in UNSC. As a minister, he was very impressive. I thought that asking questions to him in Parliament was always rewarding as he gave you serious answers, precisely expressed," he said while talking to ANI.

"I am deeply saddened by the passing of my friend from Delhi University days, Arun Jaitley. We have known each other since we were students. He was the president of DUSU when I was the president of St Stephens College Student`s Union. We were not on the same page politically. In fact, my union was not political whereas DUSU at that time was under the control of ABVP of which Arun Jaitley was a leading light," he added.

Tharoor said they had mutual regard for each other.

"To my surprise, he supported my candidacy for the academic council as student representative even though we didn`t agree politically about certain issues. He said we need people of your kind of quality to represent the student body in the council," he said.

Stressing that Jaitley was somebody he kept in touch with after leaving for United Nations, he said, "When I came back to India, he was one of the people already in politics who became once again somebody I could maintain very friendly relations with. It was not a political friendship. It was a very pleasant relationship."

The Congress leader said he will remember Jaitley in many ways as a consummate Delhi insider, somebody who was completely at home in Lutyen's Delhi.

Fondly recalling crossing swords with him in Parliament, Tharoor said, "In debates, in the Budget session for example, I had the privilege of representing my party's views. I was very pleased that I was able to cross swords with him."

"He and I spoke quite often. I spoke to him on the phone just a little while before he passed away. He said don't come now - I am not feeling well now to receive a lot of visitors. He said I am fine," he added.

The Congress leader said he felt a terrible sense of loss at the veteran politician`s demise.

"It's a great sense of loss for India, for the spirit of mutual respect across political divides that is so important in a democracy. My profound condolences to his family. My thoughts are very much with his loved ones," Tharoor said.