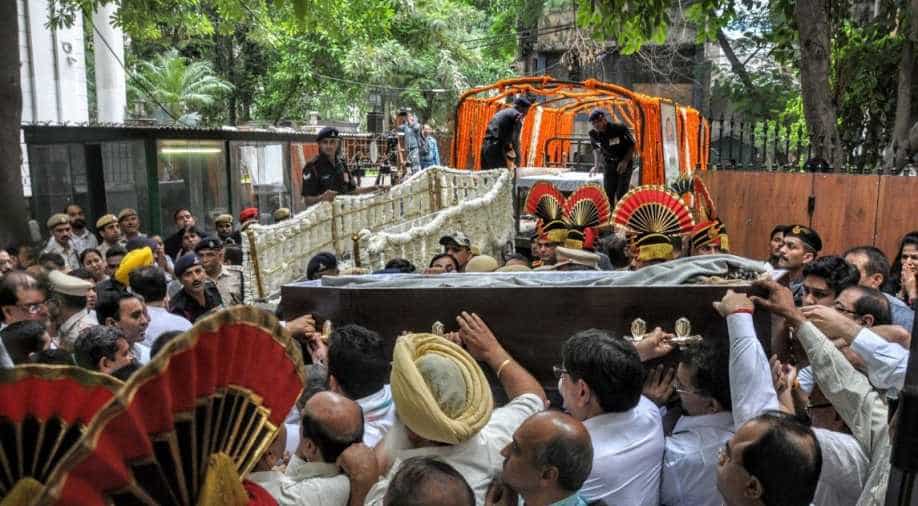 The former finance minister died at the age of 66, at AIIMS, New Delhi on Saturday.

Former finance minister Arun Jaitley was cremated at Delhi's Nigambodh Ghat on Sunday as political leaders from all spectrums paid tribute to the leader.

The last rites of the BJP veteran were performed by his son Rohan. Thousands had gathered on Delhi roads earlier in the day to join Jaitley’s funeral procession.

The former finance minister died at the age of 66, at AIIMS, New Delhi on Saturday.He was admitted to the AIIMS earlier this month after he complained of restlessness.

Watch: An Orator, Protagonist, Philathropist; This is what describes Arun Jaitley

He was placed under observation at the hospital's cardio-neuro-centre.Condoling the demise of Jaitley, Prime Minister Narendra Modi described him as a "political giant, towering intellectual and legal luminary".