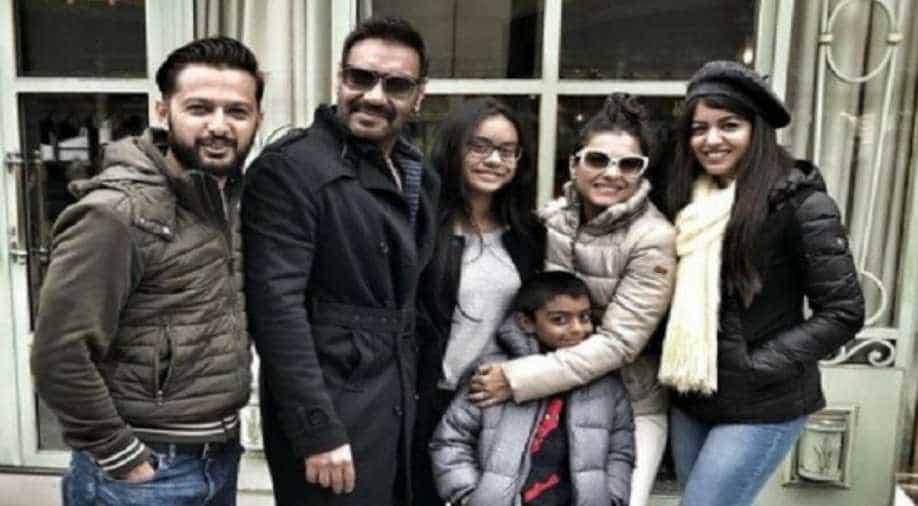 Riding high on the success of recently released film Raid, Ajay Devgn took off with his family for Paris. He rang in his 49th birthday party on Monday in the cobbled lanes of Paris, away from the prying eyes of Indian paparazzi. Also Read: Ajay Devgn: My directors know that I will not be able to do a rehearsal or remember my lines

The family was seen having a chill time together as Ajay took to social media to share their images from the beautiful European city. He wrote: “Fêtes d'anniversaire à Paris” while posing with newly-wed TV actor couple Vatsal Seth and Ishita Dutta who were also visiting Paris at the same time.

In another picture, Ajay was seen enjoying his time with son Yug, who was exhilarated on bagging a big packet of candies. Kajol also shared the same photo and wrote, “Just watching them like this.”

Ajay left for Paris with wife Kajol, son Yug and daughter Nysa a couple of days ago from Mumbai. Also Watch: Ajay Devgn, Kajol offer prayers at a temple in Kolhapur after Raid's success

Talking about his son, Ajay had earlier said in an interview, “I love spending time with Yug. Irrespective of whether Kajol is shooting or not shooting for a film, that’s what I anyway do when I pack up for the day. Now that my daughter Nysa is in Singapore, most of my time is spent with him, and that’s all I do”.

Ajay’s Raid co-star Ileana D’Cruz in an interview called him a“massive family man” and said, “He’s a massive family man. He’s obsessed with his kids, which is very lovely. He’s really a positive person. When you are working with like-minded people then there are no pretences. So, it’s nice working with him.” Read Raid's movie review here.

On the work front, Ajay will next start working on Indra Kumar’s Total Dhamaal.