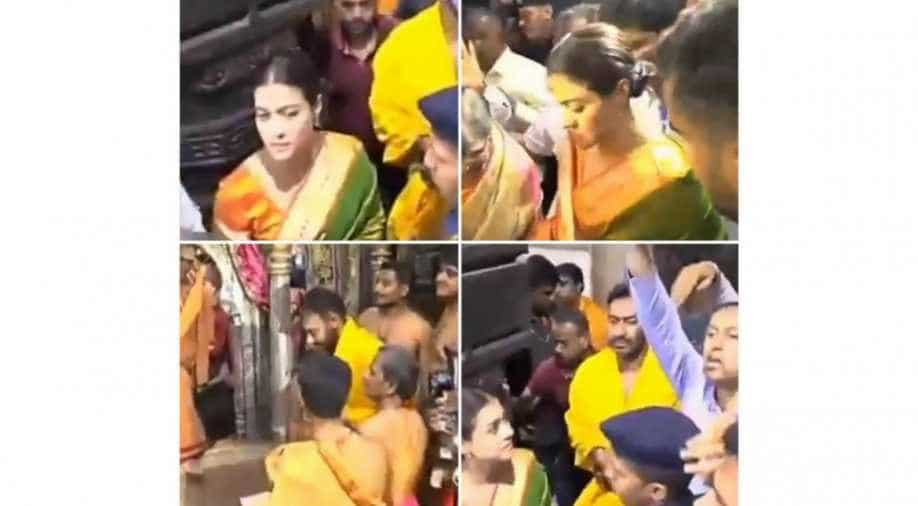 Riding high on the success of Raid, Ajay Devgn was seen in a happy mood, performing all customary rituals while being thronged by fans. There was a massive crowd of fans at the temple, gathered to catch their glimpse.

Ajay and Kajol are known to visit this temple quite frequently. On this visit, while Ajay chose a bright yellow 'chadar' over a 'dhoti', Kajol opted for a green silk saree.

This is a video of them walking inside the temple as their personal security guards make way for them:

@kajol and @ajaydevgn at temple in Kolhapur today #Kajol #AjayDevgn

On the work front, Kajol is currently busy with the shoot of Eela --  a film about a single mother. While Ajay's Raid is inching towards the 100 crore mark. He is also working on Taanaji, Singham 3, Luv Ranjan’s next with Tabu and Rakul Preet and Total Dhamaal.