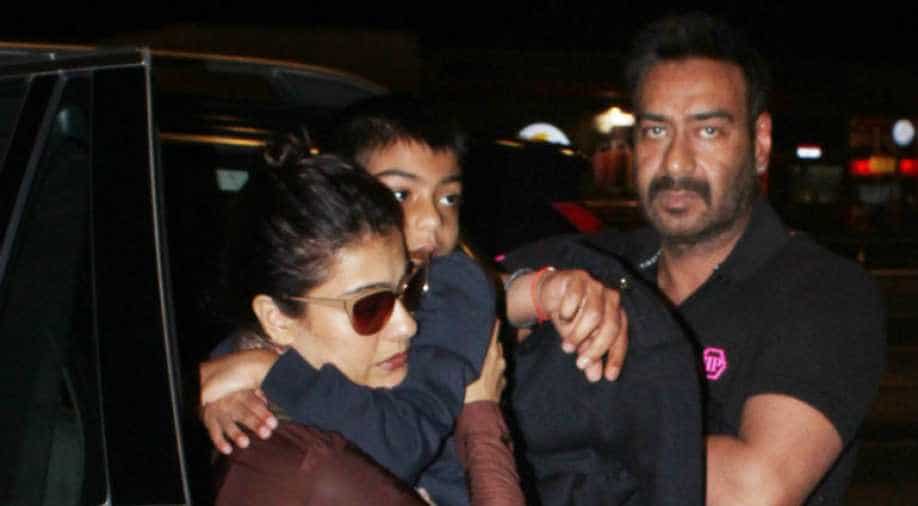 To ring in his 49th birthday, Ajay Devgn along with his wife, actress Kajol, and their kids Nysa and Yug, flew out of Mumbai during the wee hours of Monday.

The actor turned 49 on April 2 and decided to take his family out of Mumbai for vacations to celebrate the special day. Kajol, dressed casually in jeans and a brown top was seen carrying her son Yug, while daughter Nysa, was seen walking alongside her mother.  Devgn dressed in a black t-shirt and pair of jeans was seen interacting with a few fans before heading inside. The actor, in fact, has a good start this year with his last release Raid inching towards Rs 100 crores. Devgn played an Income Tax Officer who carries out the longest raid at an MLA house in Bihar in the early 1980s. The film received good reviews and has been consistently doing well at the box office.