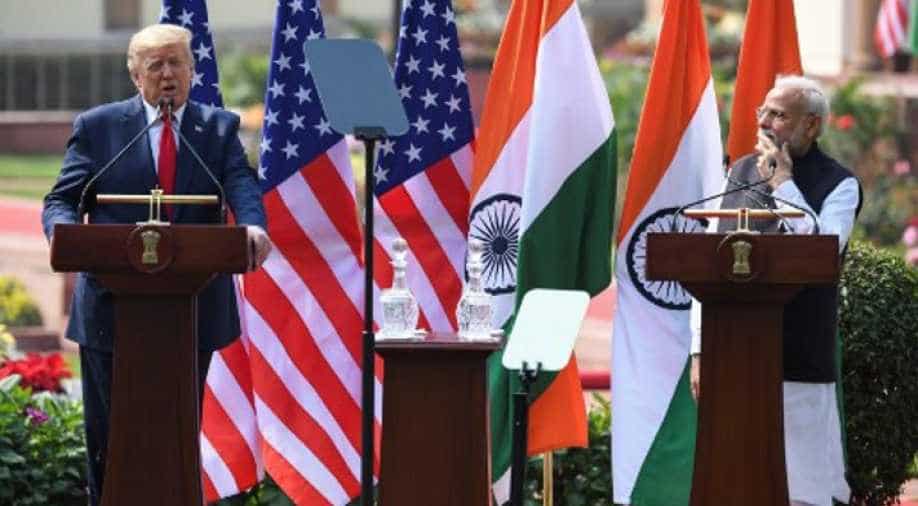 Trump and PM Modi called on Pakistan to ensure that no territory under its control is used to launch terrorist attacks, and to expeditiously bring to justice the perpetrators of such attacks, including 26/11 Mumbai and Pathankot.

The two countries sought to recognise the importance of freedom, equal treatment of all citizens, human rights and a commitment to the rule of law.

President Trump welcomed India’s recent decision to procure MH-60R naval and AH-64E Apache helicopters as the two countries noted that a strong and capable Indian military supports peace, stability, and a rules-based order in the Indo-Pacific.

Prime Minister Modi and President Trump resolved to enhance security of their homelands through cooperation and to jointly fight international crimes like human trafficking, terrorism and violent extremism, drug-trafficking and crimes in cyberspace.

According to the joint statement, Prime Minister Modi and President Trump recognized the increasing importance of the trade and investment dimension of the India-US relationship and the need for long-term trade stability that will benefit both the American and Indian economies.

Prime Minister Modi and President Trump also welcomed growing links between India and the United States in trade and investment in hydrocarbons while expressing satisfaction with their longstanding and practical collaboration in science, technology and  innovation.

Prime Minister Modi and President Trump noted the importance of advancing education, economic empowerment and entrepreneurship of women and girls through finance, training, and mentorship initiatives.

The two leaders denounced any use of terrorist proxies and strongly condemned cross-border terrorism in all its forms. They called on Pakistan to ensure that no territory under its control is used to launch terrorist attacks, and to expeditiously bring to justice the perpetrators of such attacks, including 26/11 Mumbai and Pathankot.

They called for concerted action against all terrorist groups including Al-Qaida, ISIS, Jaish-e-Mohammad, Lashkar-e-Tayyiba, Hizb-ul Mujahideen, the Haqqani Network, TTP, D-Company, and all their affiliates.