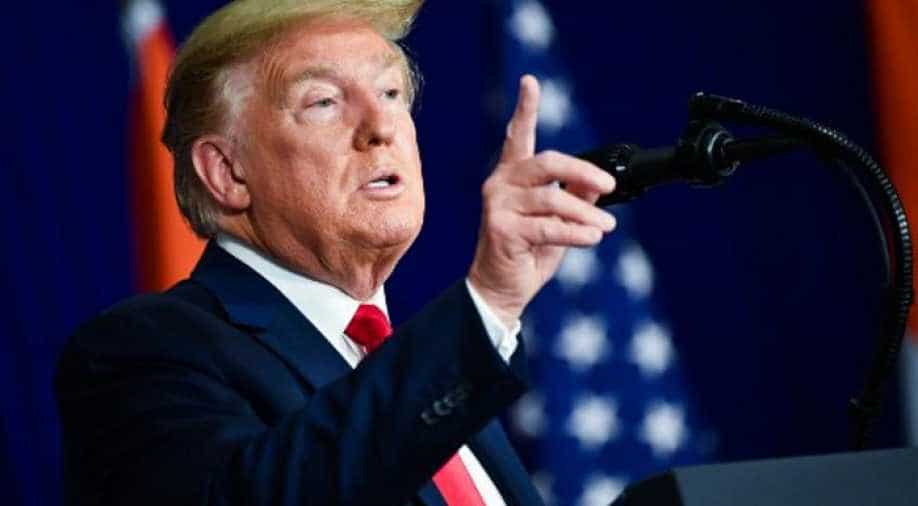 We discussed terrorism at great length with PM Modi, Trump told reporters during a press conference

US President Donald Trump while addressing reporters in New Delhi said that he had good relations with both PM Modi and Pakistan Prime Minister Imran Khan while asserting that he would do anything to help solve the Kashmir issue.

Also Read: 5G should not be conduit of suppression, says Trump taking a dig at China

"We talked a lot about Pakistan with PM Modi. It's no question, it's a problem, but it's a problem they have, they're working on it," the US President said, adding, "I'll do whatever I have to do if I can do that because my relationship with both gentlemen is so good."

This is not the first time the US president has offered to mediate on the Kashmir issue, however, he added: "There are two sides to every story but they've been working on that very hard."

Also Read: We want countries to be happy and healthy, says Trump on coronavirus outbreak

"We discussed at a great length on terrorism and I think we have some very good ideas. PM Modi is very, very strongly against terrorism," Trump told reporters.

"I will tell you Prime Minister Modi is a very, very religious man."

"As you know is a very calm man, but he's actually a very, very strong person very tough actually," the US president asserted.

"I've seen him in action and got that foremost in his mind terrorism. He'll take care of it," the US President added.