I was on verge of being impeached: Markandey Katju 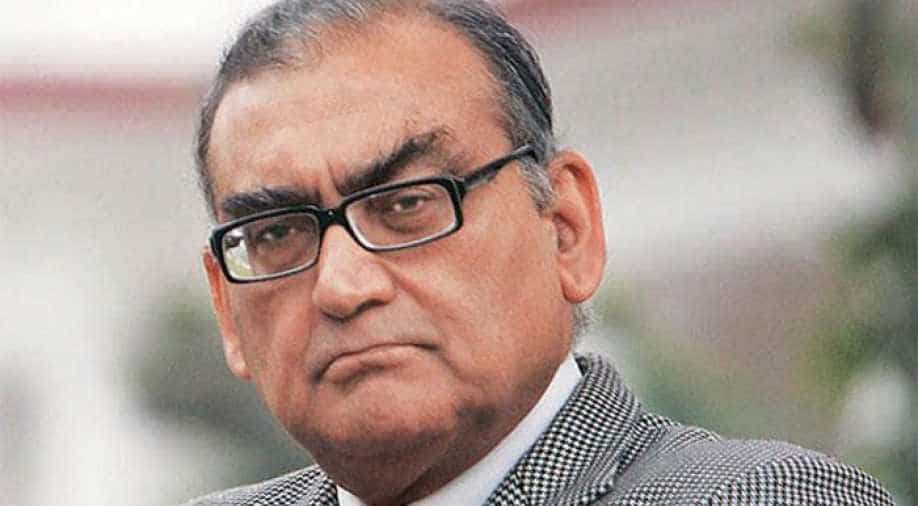 Former Supreme Court judge Markandey Katju says he was on the verge of being impeached when he was in the Allahabad High Court in 1992 after he ordered the reinstatement of a teacher whose appointment was cancelled by school authorities in Uttar Pradesh.

He also feels that the process of appointing the senior-most judge of the Supreme Court as the Chief Justice of India should be done away with as this “convention has proved to be defective”.

On the appointment of the CJI, he writes, “The senior-most judge may be a man of integrity but maybe the mediocre person. He should be superseded and a judge next in seniority or one even lower down in seniority, if outstanding (as borne out from his judgments), should be made Chief Justice of India.”

He traces the evolution of law and proceeds to analyse matters of critical importance like the appointment of judges, contempt of court, delays in justice and the challenges facing the Indian judiciary.

Katju, who was also a former chairman of the Press Council of India, says the scenario of the country’s legal system is not encouraging.

“It will take unanimous and cumulative efforts by all to achieve required progress in judicial reforms. We need radical reforms and a strong will and commitment to truly make a difference. But I doubt this will happen. Whither Indian judiciary? No one can say, but the scenario is not encouraging,” he rues.

On the near-impeachment episode, he recalls, “I was appointed a permanent judge of the Allahabad High Court in November 1991, and was almost sacked a few months thereafter.”

The trigger was the case related to Naresh Chand, who was appointed a biology teacher on ad hoc basis by the management of an obscure high school in Ghaziabad district of Uttar Pradesh.

But the District Inspector of Schools refused to approve the appointment on the ground that Chand was an OBC while the post was reserved for a Scheduled Caste candidate.

Consequently his appointment was cancelled by the management of the school and his service was terminated.

“Chand challenged this before the Allahabad High Court, and the case came before me,” Katju says, adding he quashed the order cancelling the appointment and directed his reinstatement.

“This judgment, delivered in 1992, created a furore all over India. While huge rallies, particularly of students, were held in support of my judgment in many parts of India, there were counter rallies elsewhere,” he says.

Katju claims he started receiving threats by anonymous letters and on telephone and a large contingent of policemen had to be placed around the premises of the Allahabad High Court.

“From the newspapers I learnt that the members of Parliament belonging to the Scheduled Castes and Tribes held a meeting in Delhi and decided to bring a bill in Parliament for my impeachment,” he writes in the book, published by Bloomsbury.

“I had just been appointed a high court judge, and here I was, on the verge of being sacked! For a long time I could not go for walks, and except for going to the high court had to remain confined to my house. Fortunately, the storm blew over and I survived,” he adds.