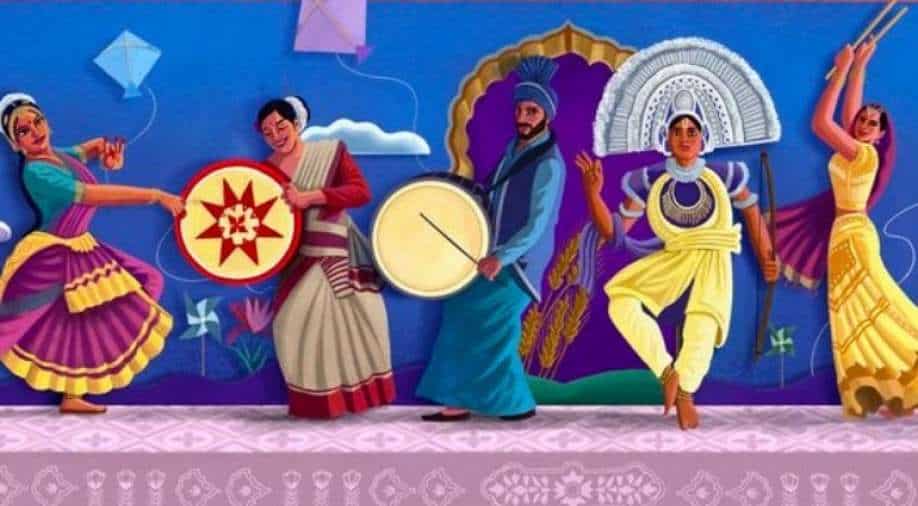 From Bharatnatyam to Chhau dance, Google Doodle honoured the multicultural spirit forged in centuries of the historical progress of India.

Google celebrated India's 75th Independence Day with a special Doodle that illustrates traditional dance forms spanning across the country. From Bharatnatyam to Chhau dance, Google Doodle honoured the multicultural spirit of the nation, which is forged in centuries of the historical progress of India.

India celebrates Independence Day on August 15 every year, when the country got freedom from the oppressive British colonial rule in 1947 after decades of struggle and sacrifices.

"The Doodle artwork illustrates these diverse forms of dance. From the classical tradition of Bharatnatyam depicted on the far left to the oldest Indian dance style with origins stretching back 3000 years in the southern state of Tamil Nadu," Google wrote.

"Depicted third from the right, the masked reenactments from Indian epics known as Chhau dance have origins in the eastern state of Jharkhand, the Purulia Chau, and the Seraikella Chau regions," it added.

The doodle was illustrated by Kolkata, India-based guest artist Sayan Mukherjee, who said as quoted by Google, "I have used different Indian dance forms to show the diversity of the country and coming together seamlessly on a stage performing. That shows the unity among each other being different. It is the unity of India which is holding us all together strong. I hope people take that from the Doodle."

Indian Prime Minister Narendra Modi addressed the nation from the ramparts of the Red Fort on the occasion of Independence Day. He remembered the freedom fighters who sacrificed their lives for a free India. PM Modi also honoured the Coronavirus (COVID-19) warriors.

I bow to the great Sri Aurobindo Ji on his Jayanti. His intellectual clarity, noble tenets and emphasis on India's regeneration give us great strength. He made pioneering contributions to India's freedom movement. pic.twitter.com/Q6UkV4swkd