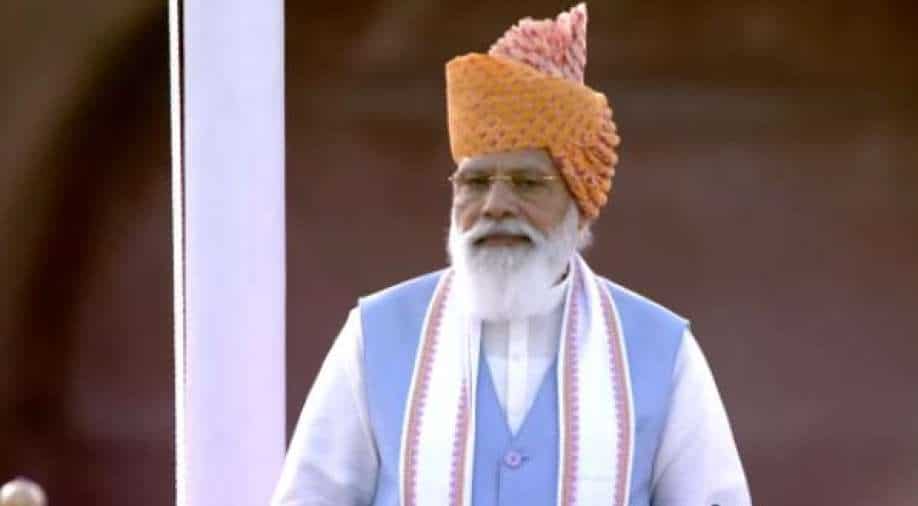 PM Modi speaking from the ramparts of the Red Fort said athletes have made us proud at the Tokyo Olympics.

Prime Minister Modi on the occasion of Independence Day said this is a day to remember our great freedom fighters.

The Indian prime minister hosted the national flag from the ramparts of the Red Fort. The celebrations this year has been scaled down due to the coronavirus pandemic.

PM Modi expressed his gratitude towards the health workers including doctors, nurses, paramedical staff, sanitation workers, scientists who were developed the vaccines.

"The athletes who have made us proud at Tokyo Olympics are here today. I urge the nation to applaud their achievement today," the PM said.

"They have not only won our hearts but also inspired future generations," the Indian prime minister added.

Independence Day Special: From humble beginnings, the nation made strides in science and technology

"Indians have fought COVID-19 with a lot of patience. We had many challenges but we worked with extraordinary pace in every area," the PM said.

"It's a result of the strength of our industrialists and scientists, that today India doesn't need to depend on any other nation for vaccines," the PM added.

The Indian prime minister said August 14 will be observed as Partition Horrors Remembrance Day to honour the pain and sufferings faced by the people of India during the partition.

"Sabka Saath, Sabka Vikas, Sabka Vishwas and Sabka Prayaas is very important for the achievement of all our goals, the PM said.

"To take India to new heights in the 21st century, it is necessary to make full use of India's potential."

The government will fortify rice which it gives to the poor under its different schemes, will give nutritious rice to the poor," the PM said while stating that "whether it is rice available at ration shop, rice available in mid-day meal, rice available through every scheme will be fortified by the year 2024."

The PM emphasised that the country has to work together to ensure the next generation infrastructure, world-class manufacturing, cutting edge innovation and new-age technology.

The Indian prime minister said a holistic and integrated approach was needed to develop India's infrastructure.

"Political will is needed for reforms and the world knows that India has now the will to do it," the PM asserted.

"Moving forward on the path of development, India will have to increase both its manufacturing and exports."