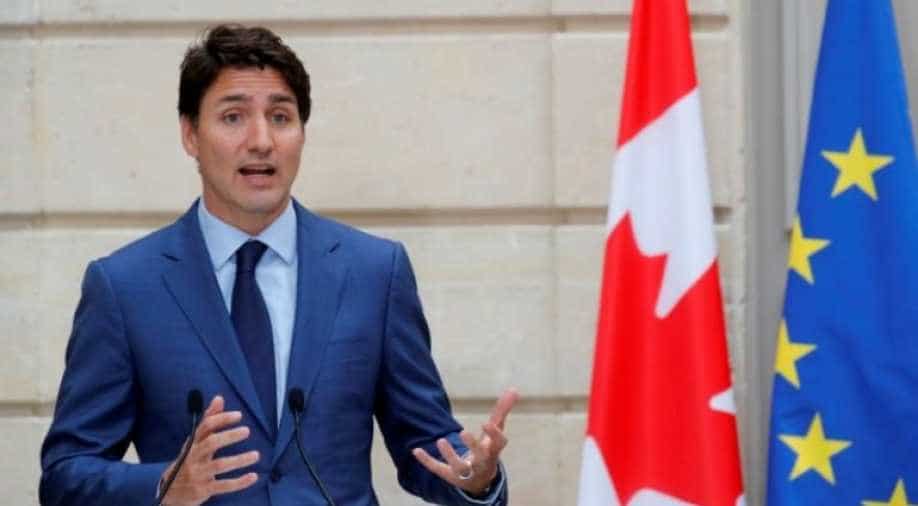 Justin Trudeau got a second term as the prime minister after his party won the October federal election.

Four Indian-origin lawmakers have become part of Canada's cabinet as Justin Trudeau unveiled his new team, in his second term as prime minister.

The most notable change in Trudeau 2.0 was the elevation of former foreign minister Chrystia Freeland as the deputy prime minister.

She will also be the in-charge of inter-governmental relations with a focus on ending the alienation of Canada's western provinces.

This, as the country, faces a looming national unity crisis.

Unveiling his 36-member cabinet, Trudeau praised Freeland's role in renegotiating the North American free-trade agreement or NAFTA with the US and Mexico.

Navdeep Singh Bains has become the minister of innovation, science and industry.

Bardish Chagger has been appointed as the minister of diversity, inclusion and youth.

Anita Anand has been made the minister of public services and procurement.

Harjit Singh Sajjan has retained his post as the minister of national defence.

Justin Trudeau got a second term as the prime minister after his party won the October federal election.

However, his liberal party lost 20 seats in the polls.