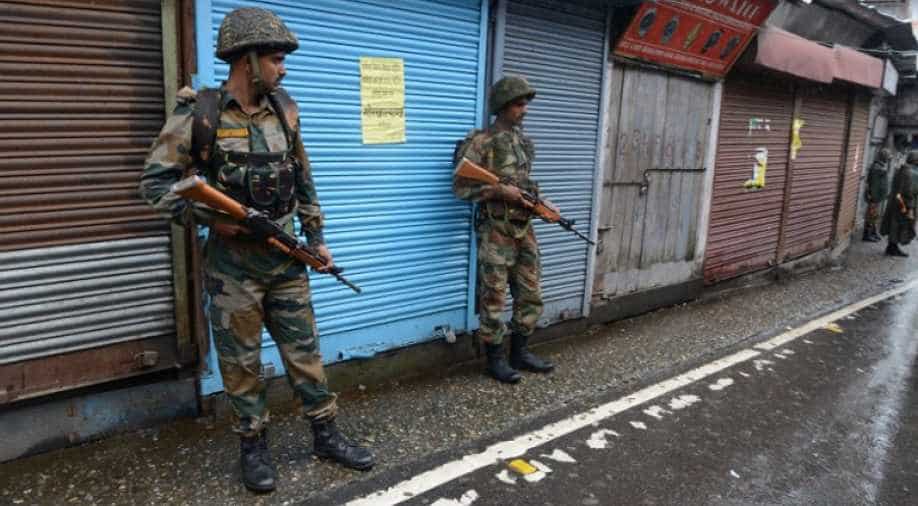 Representative image of the protests in Darjeeling. Photograph:( AFP )

The police official said the police had specific information that Bimal Gurung, who was in hiding in Sikkim had returned, and so they raided the area. He claimed Bimal Gurung was engaging in "anti-national activities".

They faced firing from Gurung's bodyguards and retaliated. Two other police officers and a sub inspector were injured in the incident.

"Darjeeling is peaceful now. One police vehicle was torched. There are some trouble mongers who are trying to create unrest in the hills. We will not let any trouble mongers create unrest in the hills. All cases of arson are led by Bimal Gurung. Gurung was hiding in Sikkim. He came back and we had information. We have information that Bimal Gurung has links with North-East insurgent groups, and is engaging in anti-national activities.

The clashes took place early morning in a forest.

Police said that trouble started early morning around 5 am when a police search party raided a hideout inside the forest near the Patlebas area, a stronghold of Gurung.

The police conducted the raid after getting information that Gurung was hiding in the area, during which the GJM leader's supporters fired and pelted stones, police said. They added that the clashes are still going on.

Bimal Gurung has been in hiding since August after cases under Unlawful Activities (Prevention) Act were registered against him for his alleged involvement in various bomb blasts in Darjeeling and adjoining areas.

The Gorkha Janmukti Morcha (GJM) had earlier launched an agitation for the formation of a separate state of Gorkhaland. The GJM had last month withdrawn its indefinite shutdown in Darjeeling hills which lasted over three months.