Darjeeling springs back to life after GJM calls off strike 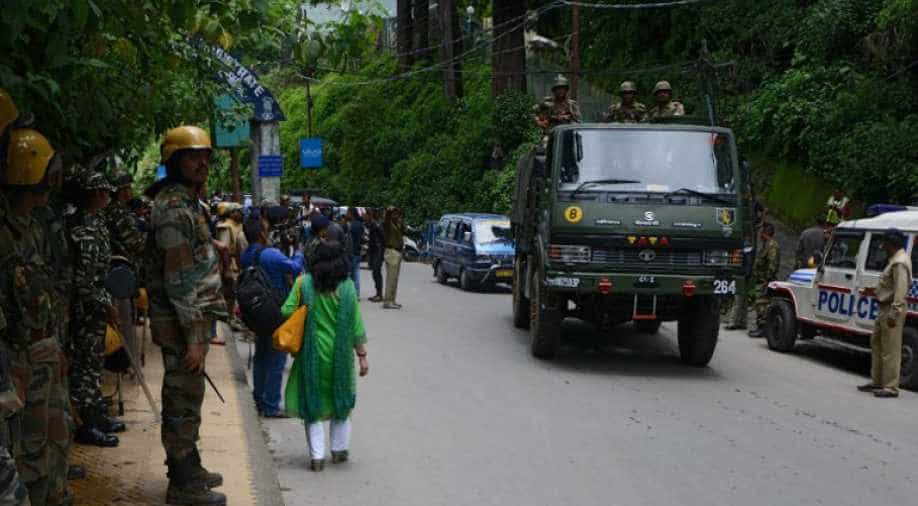 File photo of Indian Army personnel stand along a street during the indefinite strike called by the GJM in Darjeeling. Photograph:( AFP )

Normalcy returned to Darjeeling hills on Wednesday after three-and-half months following the suspension of the indefinite shutdown by Gorkha Janamukti Morcha (GJM).

The town, known as the Queen of Hills, sprang back to life as news of the suspension of the agitation spread.

People from all walks of life came out to the streets and celebrated the resumption of normal life in Darjeeling. All the shops and markets reopened from today morning.

GJM had last night suspended its agitation which it had launched on June 15 for a separate Gorkhaland. The strike was lifted from 6 am today in response to an appeal by Union Home Minister Rajnath Singh.

In a statement, the home minister said yesterday that in a democracy dialogue is the only way out to resolve any problem and solutions can be found through restraint and mutual dialogue within the legal ambit.

Singh had also asked the union home secretary to convene an official-level meeting to discuss all related issues.

Various hill parties extended Durga Puja greetings to the people of the hills and several NGOs distributed sweets and chocolates.

In an audio clip from an undisclosed location, GJM supremo Bimal Gurung, who is absconding since last month, urged hill residents to resume transport services, reopen shops, schools and colleges.
He also extended greetings for the festive season.

Cases had been lodged against Gurung under the Unlawful Activities (Prevention) Act (UAPA) and a lookout notice had been issued.