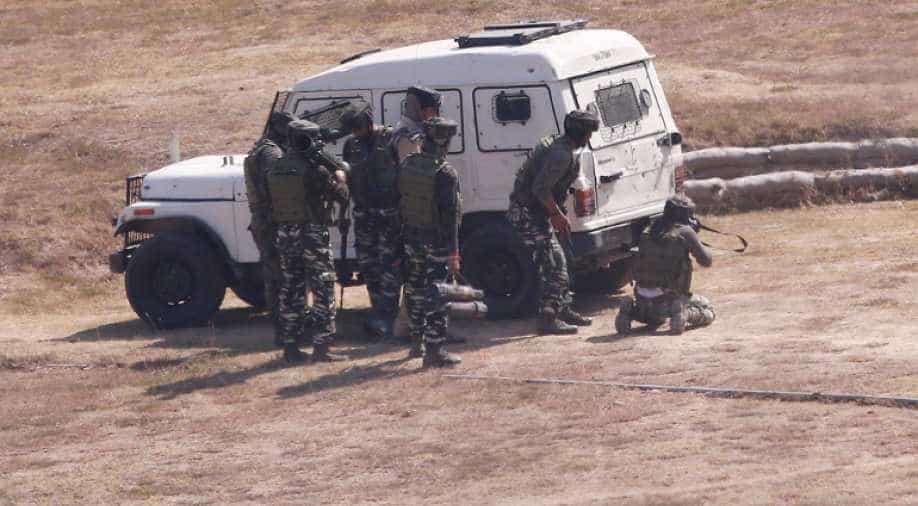 'Due to double standards, the international community does not have a uniform definition for terrorism,' the China daily said. Photograph:( Reuters )

"China has remained neutral on the Kashmir issue, hoping that the two can peacefully solve their disputes. Otherwise, China would not get involved," the Chinese daily said in its op-ed piece.

The daily said it is "inappropriate for Swaraj to connect terrorism with Pakistan" asserting that "a global consensus has emerged that terrorism should not be linked to nationality or religion".

The daily criticised India's external affairs minister Sushma Swaraj's statement in the UN General Assembly saying it would "only lead to deterioration in India-Pakistan relations".

"Due to double standards, the international community does not have a uniform definition for terrorism," the daily said.

"Most countries define terrorism based on their own standards - forces jeopardising the security of their countries and of allies are terrorists while the ones endangering other countries are "freedom fighters," the state-run China daily informed.

"Actually, most attacks targeting India are not carried out by anti-India militant groups in Kashmir, but Maoists and the separatist forces in Northeast India are behind most assaults," it said.

"Attacks on India launched by militant groups in Kashmir won't end until the Kashmir dispute between India and Pakistan is resolved," the op-ed piece said.