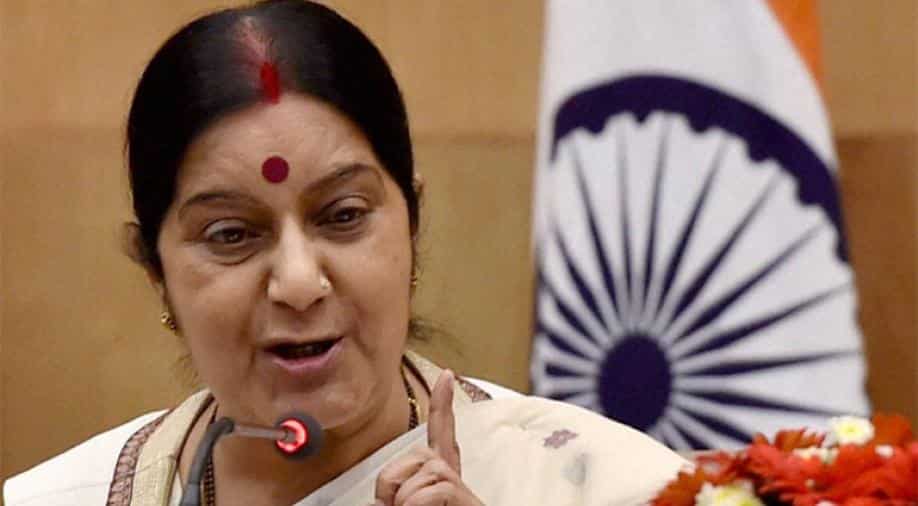 Communist Party of China's Global Times today hit out against India's external affairs minister Sushma Swaraj for her remarks in Parliament on the Doklam stand-off.

The editorial in the widely circulated daily accused India's foreign minister of "lying" and said simultaneous withdrawal in the disputed region was India's "fantasy".

The editorial said: "China has already shown its tolerance and calmness to the largest extent. If New Delhi does not withdraw its troops, the last option for China is fighting against India and ending the conflict without diplomatic means."

The Global Times said: "The lady foreign minister was lying to the Parliamentarians in India, because firstly, India invaded the territory of China and it is a fact that New Delhi's adventures made the international community surprised that no country would support it. Secondly, India's military power is far behind China, and once things go to a military solution, there is no doubt India will lose."

India's external affairs minister Sushma Swaraj had said on Thursday that if Beijing unilaterally changes the status quo at the tri-junction between India, China and Bhutan, then it poses a challenge to New Delhi's security.

Indian and Chinese troops have been engaged in a standoff for the past several months in the Dokalam plateau area near the India, Bhutan and China tri-junction.