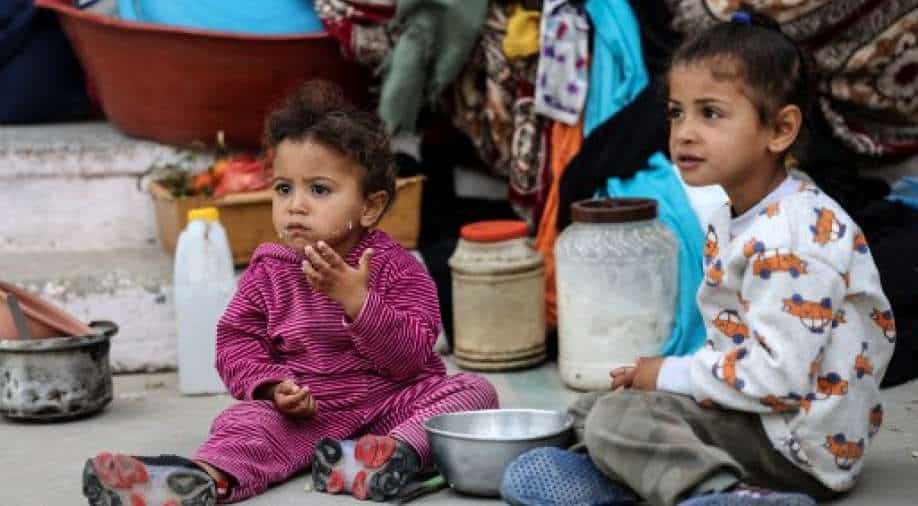 Israel accuses Hamas of using children as human shields. Hamas accuses Israel of targeting schools and shelters and both use videos to evoke sympathy.

It continues even today, not with posters, but on social media.

Everyone has a perspective to share. In the last few days, the conversation has focussed on a certain demographic - children. They have been made the face of this tragedy.

Murdering children is the most appalling war crime and there can be no excuse for it. So far, 58 children have been killed in the strikes. When the dust settles, both sides must answer for this atrocity.

What's worse than killing these children is the fact that they are being used as props in a war and being milked for propaganda. People are sharing pictures and videos of slain children and their families are being forced to relive the trauma.

There is no dignity in death for the children trapped in a conflict, as their pictures are beamed across the world.

As people continue to share pictures of children in a conflict, the most common answer is to reveal the true picture and to show the world how bad the situation is but this is just an excuse.

In reality, these children are being used as props. They are pawns in a grand narrative war.

Israel accuses Hamas of using children as human shields. Hamas accuses Israel of targeting schools and shelters and both use videos to evoke sympathy.

A 10-year-old girl from Gaza surrounded by a pile of rubble, her eyes brimming with tears suddnelly has a reporter sticking a mike and camera in her face.

Another visual shows a six-year-old being pulled out from the rubble, her face covered in gashes with her parents distraught but social media is busy turning her into a poster girl.

Instead, some people are putting them dead and centre.

In Aleppo in 2016, a boy Omran Daqneesh was pulled out from the rubble after a Russian airstrike and soon the picture was everywhere. Five-year-old Omran became the face of Syrian resistance but now Omran lives in regime territory since his family was always pro-government.

His father says Omran was used as a propaganda tool by the rebels.

A Syrian boy Alan Kurdi who was fleeing to Europe with his family drowned after their boat capsised. His brother and his mother were all over the internet. It is said aid donations surged after it was released but the question is: is advertising a three-year-old's tragic death the only way to get people's attention?

Then there is the case of the Afghan girl who was called the third world's Mona Lisa. Her actual name is Sharbat Gula. She was clicked in a Pakistani refugee camp in 1985. For years nobody knew her name or where she lived anymore, but the picture made the front page of National Geographic.

Decades later in 2019, Sharbat Gula spoke out. She was enraged because her picture was published without her consent. It is the reality of our times. Even children are fair game in propaganda.

In 2001, when America launched its operation in Afghanistan, they dug up Sharbat Gula's picture. In the 80s she was used against Soviet occupation, and in the 2000s, against the Taliban.

The fact is, these campaigns are not out of love for children.

It's about gaining sympathy and about winning the narrative war because as they say, the smallest coffins are the heaviest.

But if you want to stop violence and safeguard children, don't use them for social media campaigns, instead blame the politicians and their governments.

If tragedy has a face, it is not of innocent children but manipulative leaders and their cunning power play.