Chandrababu Naidu-led TDP to pull out of NDA: Report 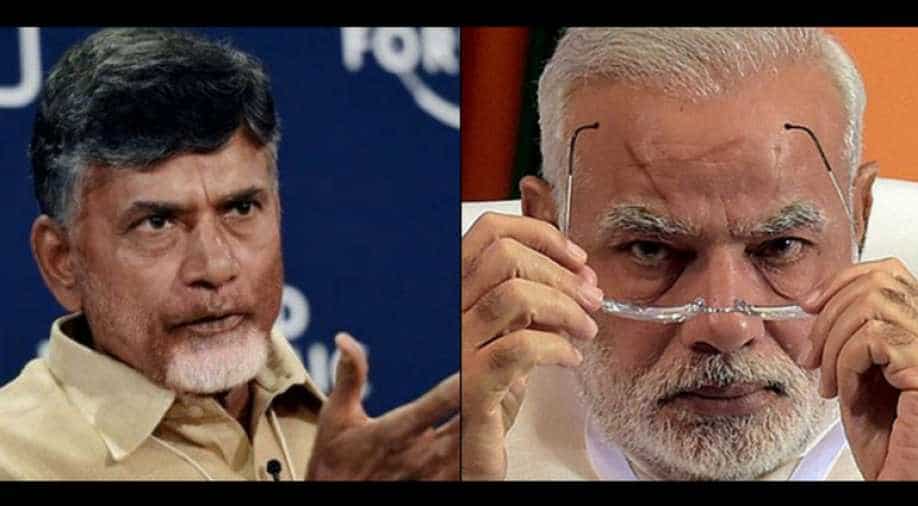 In a major setback to the BJP in Lok Sabha today, Andhra Pradesh chief minister N Chandrababu Naidu's Telugu Desam Party(TDP) has decided to move a no-confidence motion along with other parties against the Centre today.

Newswire ANI including several media reports said TDP is ready to walk out of the BJP-led NDA coalition today which would mean the ruling party at the Centre would be without a key southern ally.

Meanwhile, YSR Congress Party MP YV Subba Reddy in a letter to Lok Sabha Secretary-General has informed that his party would be moving a motion on 'No-Confidence in the Council of Ministers' in the lower of Parliament today.

TDP has already pulled out its ministers from the Union Cabinet - Ashok Gajapathi Raju Pasupati and MP YS Chowdary - after differences with the Centre over granting special status to the state, a move which would have given Andhra central funding a 90:10 ratio, with the centre paying the larger share.

Differences deepened between the BJP and its ally after finance minister Arun Jaitley said that the government was willing to give Andhra monetary equivalent of the special status, but not the "status itself" since the category no longer existed.

TDP, however, felt the promises made to it when the state of Telangana was carved out of it in June 2014 was not being kept.