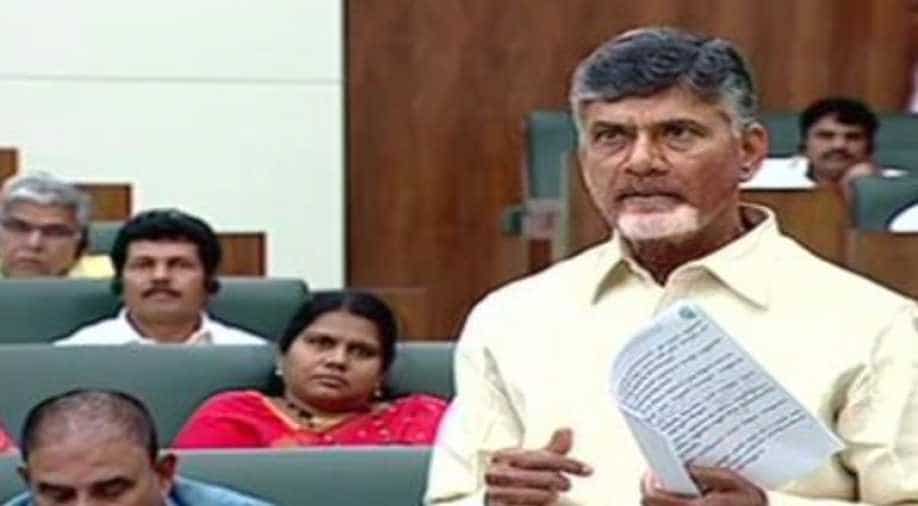 Andhra Pradesh Chief Minister N Chandrababu Naidu said Thursday that his party the TDP would support a no-confidence motion against the Narendra Modi-led BJP government at the Centre.

Naidu was speaking in the Andhra state assembly.

"If necessary, we will support the no-confidence motion against Centre, whoever may place it," Naidu said.

Naidu had recently ordered the two TDP ministers — Ashok Gajapathi Raju and YS Chowdary — in the Union Cabinet to put in their papers over the Andhra "special status" row.

Andhra had been asking for the status which would allow it to get funding from the Centre in a 90:10 ratio with the central government paying the larger share.

The Centre however had said it would Andhra the monetary equivalent of the status but not the status itself since the category no longer existed.

Andhra in turn thought it was being done out of promises made to it when Telangana was carved out of the state in June 2014.

Naidu has been under tremendous pressure before the Andhra assembly and general elections next year, with opposition parties in the state saying he has been unable to extract any concessions from the Narendra Modi-led government despite being a partner at the centre.

It was the YSR Congress which gave notice today for the moving of a no-confidence motion against the BJP-led NDA government, in the backdrop of the Centre's refusal to grant special category status to Andhra Pradesh.

The party's MP Y V Subba Reddy gave the notice to the Lok Sabha secretariat for including the motion in tomorrow's list of business, his office said.

The motion can be accepted only if it has the support of at least 50 members in the House. The YSR Congress has nine MPs in the Lok Sabha.

If accepted, it will be the first no-confidence motion moved against the Modi-government.

While Naidu had ordered his ministers to quit the Union Cabinet, he had left the TDP-BJP alliance intact. At least for the moment.

He had however also said that he would take his next steps, as and when needed.

Should the no-confidence motion now be accepted and Naidu follow through on his promise, that will mean his TDP will have quit the NDA.