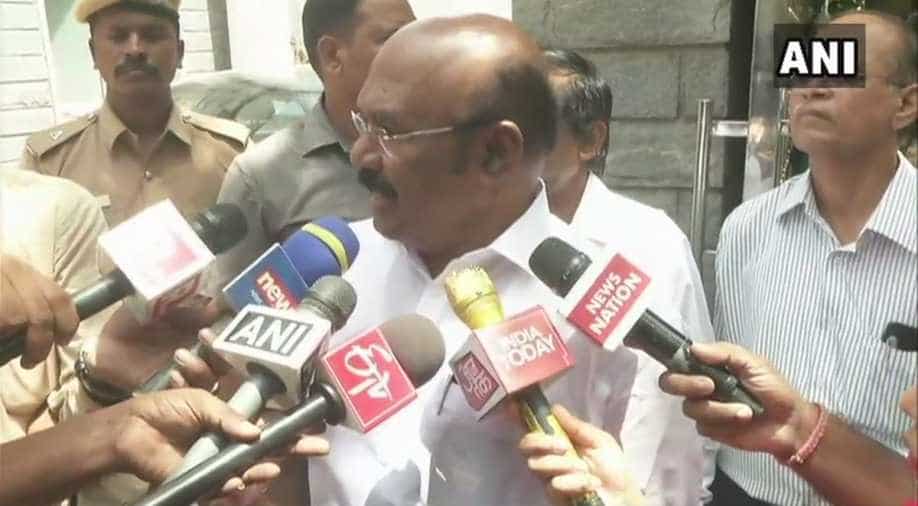 "There is clear direction from SC on Cauvery row. HD Kumaraswamy meeting PM was a waste of time. Whether it is Kumaraswamy, Narayanasamy or some other Swamy, we have Cauvery management board and it is the ultimate Swami" ANI quoted him as saying.

He said that the state plans on sending names of its nominees in the Cauvery Water Management Board (CMB) and the Regulation Authority but it will have to address certain issues first.

He informed that they will have to go as per the Supreme Courts Judgement in the case related to sharing waters with Tamil Nadu, Kerala and Puducherry.

However, the Chief Minister’s office in Karnataka released a letter in Bengaluru urging Prime Minister Narendra Modi not to operate the Cauvery Water Management Authority (CWMA) and its regulation committee till the issues related to cropping pattern were addressed.

On February 16, the Supreme Court had directed the government to form the CMA within six weeks, in a verdict that marginally increased Karnataka's share of Cauvery water, reduced the allocation for Tamil Nadu and sought to settle the protracted water dispute between the two states.

In a gazette notification, the Ministry of Water Resources said it has framed a scheme constituting the CMA and the Cauvery Water Regulation Committee (CWRC) to give effect to the decision of the Cauvery Water Disputes Tribunal as modified by the Supreme Court order.

Tamil Nadu government, which welcomed the gazette notification, has last week named its representatives of the CMA and the CWRC.