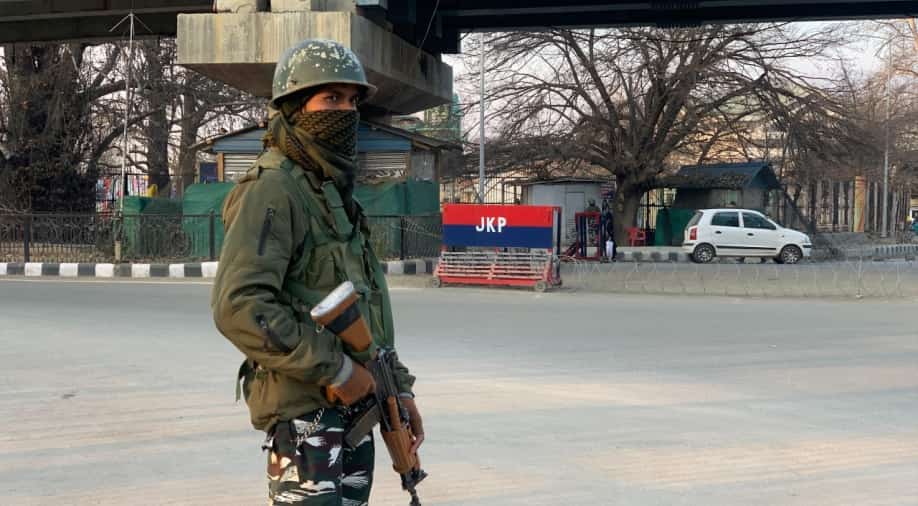 There has been a spurt in gunfights in Kashmir Valley Photograph:( WION )

The cops in J&K have been asked to remain extra alert, as the security networks work to counter the terror organisations.

Amid a spate of attacks on Jammu and Kashmir police by terrorists in Kashmir, the security forces have decided to step up the security grid across the Union Territory.

The cops in J&K have been asked to remain extra alert, as the security networks work to counter the terror organisations.

In the new guidelines, which has also been issued for soldiers, the cops have been told not to venture out unarmed and have been asked not to go alone during deployment.

“'We are taking all the preventive measures to counter these attacks, we will be providing bulletproof vehicles to the policemen travelling from one place to another. The lighting arrangements will also be put in place. Road opening parties will stay longer at the time of movement of police vehicles,”' said Vijay Kumar, IG Kashmir.

The policemen who are off duty have been asked to remain extra vigilant while attending any social gatherings such as weddings, religious places etc.

The number of security personnel on the ground have also been increased. New bunkers have been put in place, and checkpoints at various places, especially roads leading to different districts of Kashmir valley have been set up.

There has been a spurt in gunfights in Kashmir Valley in recent days. On Thursday, two terrorists were killed Redwani region of South Kashmir's Kulgam.

A day before on Wednesday, another terrorist from the Hizbul Mujahideen group was naturalised.

Thursday’s gunfight was the fifth in a week. On Sunday, a terrorist was killed in a gunfight in South Kashmir’s Awantipora.

On Monday, two terrorists were killed in a brief shootout at Rangreth, on the outskirts of Srinagar city.