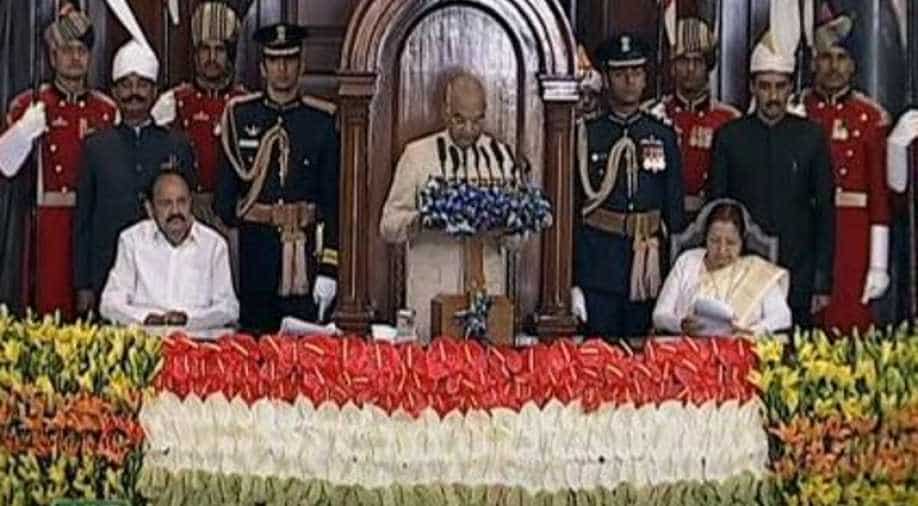 The Budget session of Parliament begins on Monday as the National Democratic Alliance (NDA) readies to present its last full budget on 1 February before its five-year term ends.

President Ram Nath Kovind's address to a joint sitting of the Lok Sabha and Rajya Sabha marked the beginning of the Budget Session 2018. The Economic Survey of India will be tabled later in the day.

The upcoming budget is significant because the ruling NDA will go into the poll mode in 14 months as general elections are scheduled for early next year.

Also, the parliamentary party executive of Bharatiya Janata Party (BJP) will hold a meeting on Monday, followed by another meeting of NDA allies to discuss the strategy for the session.

A sustained debate is required on the subject of simultaneous elections and all political parties need to arrive at a consensus on this issue: President Kovind

It’s a matter of pride for us that Unesco recognised Kumbh Mela as intangible cultural heritage of humanity: President Kovind

The government is committed to double the income of farmers by the year 2022: President Ram Nath Kovind #BudgetSession pic.twitter.com/1Ydo4cw5Ph

President Kovind says that to provide food to everyone, the government under National Food Security Act is providing supplies at minimal rates to the poor.

2.70 Lakh Common Service Centers have been set up across the nation. These Centers provide digital service at low rates for various services even in the far off remote areas: President Ram Nath Kovind

The highest priority of my Govt is to remove various difficulties faced by farmers & to raise their standard of living. The schemes of my Govt are not only removing their hardships but also reducing the expenditure incurred by them on farming, says the President.

We will realise the dream of 'New India' in 2018, says the President during his address in the Parliament.

My government has presented a bill in relation to Triple Talaq. I hope Parliament will soon make it legal, so that Muslim sisters and daughters will be able to live a fearless life with self respect: President Ram Nath Kovind

It is our duty that when we celebrate Mahatma Gandhi's 150th birth anniversary in 2019 we pay tribute to him by making our country completely clean: President Ram Nath Kovind