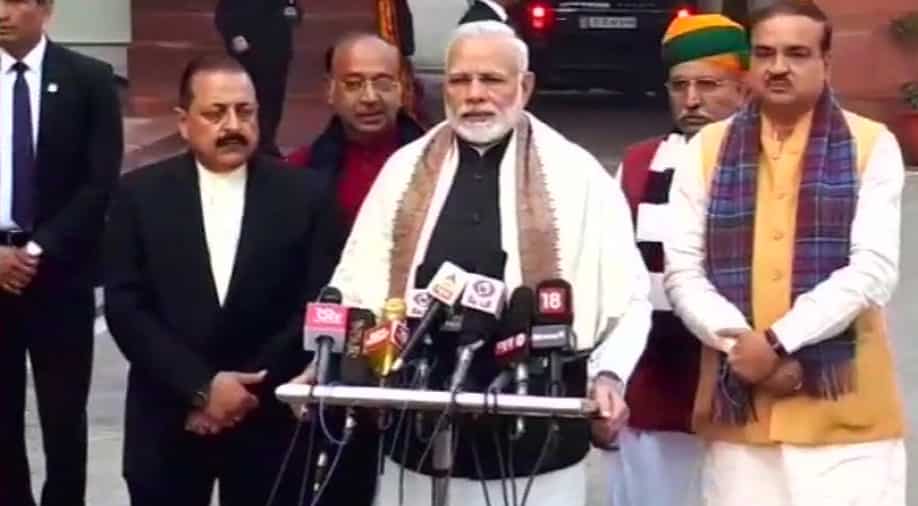 In a short speech before the commencement of Parliament’s Budget Session, PM Narendra Modi appealed to the opposition to pass the Triple Talaq Bill, which criminalises instant divorce.

PM Modi also said the budget will add new vigour to India's development and will fulfil aspirations of people.

"We should rise above politics and make most use of our healthy system of parliamentary committees and have proactive discussions," he said.

The session started a short while ago with President Ram Nath Kovind addressing a joint sitting of the two houses.

The much-awaited economic survey will also be presented on the day 1 of the budget session.

The economic survey document is critical in the process of the Union Budget. It is not only an appraisal of the economy and government spending over the financial year that is coming to a close but also a roadmap that provides the rationale for Union Budget 2018, which will be tabled by Finance Minister Arun Jaitley on February 1.

The phase 1 of the session starts today and will go on till February 9. The second phase will take place from March 5 to April 6.

The budget will be tabled by finance minister Arun Jaitley on February 1, making it a first budget to be presented after Goods and Services Tax implementation.

The most important bills of this session would be the commission for backward classes and Triple Talaq bill, which was passed in Lok Sabha but was stalled in the Rajya Sabha.