Bismillah Khan: All you need to know about the Bharat Ratna shehnai maestro 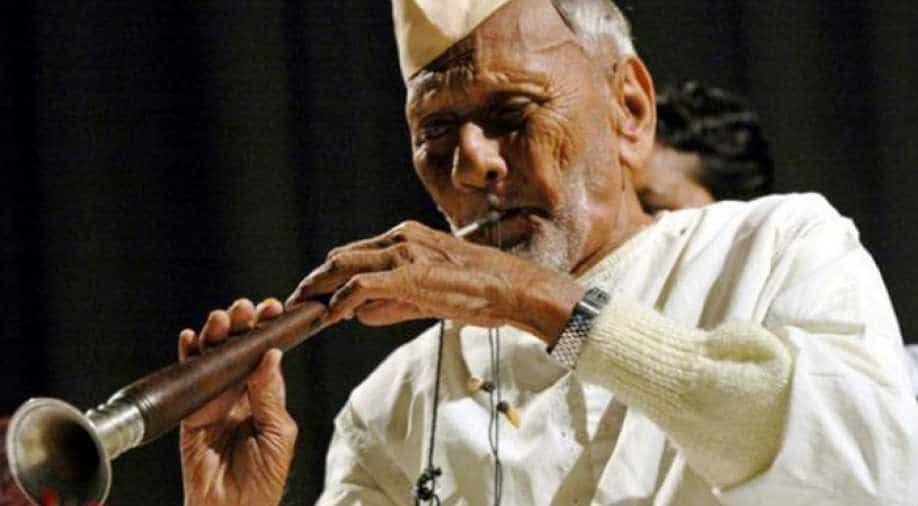 He almost single-handedly brought ahead of the shahnai as a classical instrument.

Bismillah Khan was born on March 21, 1916, in Dumraon, Bihar in the family of court musicians.

He almost single-handedly brought ahead of the shahnai as a classical instrument.

He, in fact, brought shehnai to the centre stage of Indian music with his concert in Calcutta in 1937. In India, even today shehnai is synonyms to Bismillah Khan.

He also had the rare honour of performing at Delhi's Red Fort on the eve of India's Independence in 1947.

He also performed at the Red Fort on the eve of India's first Republic Day on January 26, 1950.

His performance would be live broadcasted by Doordarshan every year on August 15 after Prime Minister's speech during the celebrations at Lal Qila.

The shehnai maestro is credited for popularising shehnai, a subcontinental wind instrument.

The shehnai found a global audience when he performed at the Edinburgh Music Festival almost three decades later.

He had won a number of awards including Bharat Ratna (2001), Padma Vibhushan (1980), Padma Bhushan (1968), Padma Shri (1961), Sangeet Natak Akademi Award (1956) among several others. After MS Subbulakshmi and Ravi Shankar, he was the third classical musician to be accorded with this award.

Ustad ji started playing at the age of 14 and it was his performance at the All India Music Conference at Kolkata in 1937 that became a career-defining moment for him. Ustad ji who was quite devoted to music would refer his shehnai as his begum (wife). Living a simple life in Varanasi he made the world talk about his works and the shehnai.