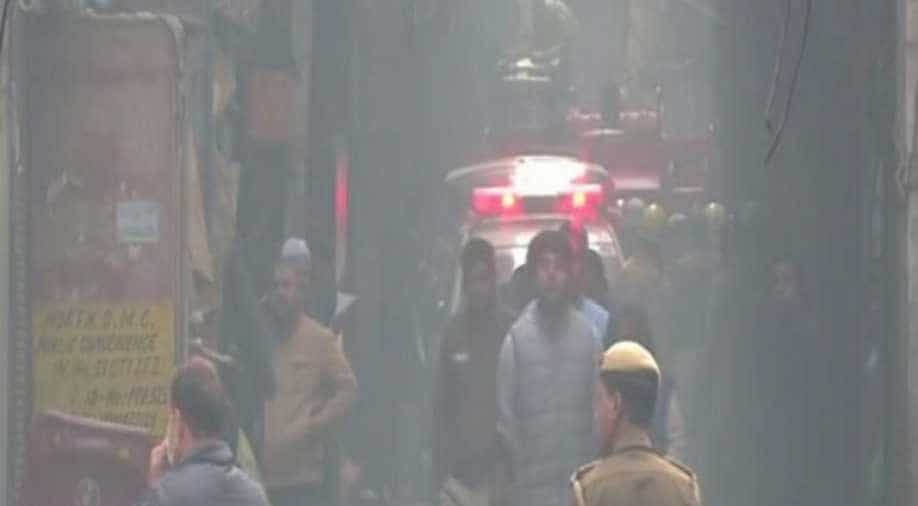 The fire claimed the lives of 43 people

The building in Anaj Mandi, which got engulfed in a massive fire today morning, had no fire clearance from the Delhi Fire Service (DFS) and no fire safety equipment were found in the premises.

"The building did not have fire clearance from DFS and no fire safety equipment were found installed in the premises," DFS chief Atul Garg confirmed.

The fire claimed the lives of 43 people.

According to the Delhi Police, the owner of the factory cannot be traced and an FIR has been launched against him.

"Rehan, the owner of the building against whom a case has been registered under section 304 (Punishment for culpable homicide not amounting to murder) of the Indian Penal Code, is currently absconding," Delhi Police DCP North Monika Bhardwaj told the media.

Delhi Police PRO MS Randhawa said that the case has been referred to the crime branch.

62 people were rescued from the factory that had caught fire in the early hours of Sunday.

"The government has ordered a magisterial inquiry and compensation of Rs 10 lakh has been announced for the families of the deceased and Rs 1 lakh for the injured," CM Kejriwal added.

Around 15 fire tenders were initially dispatched to the location after reports of a fire. They carried out search and rescue operations.

As the fire grew, 10-12 more tenders were sent to the location. As of now, the fire is completely dormant with people left inside.