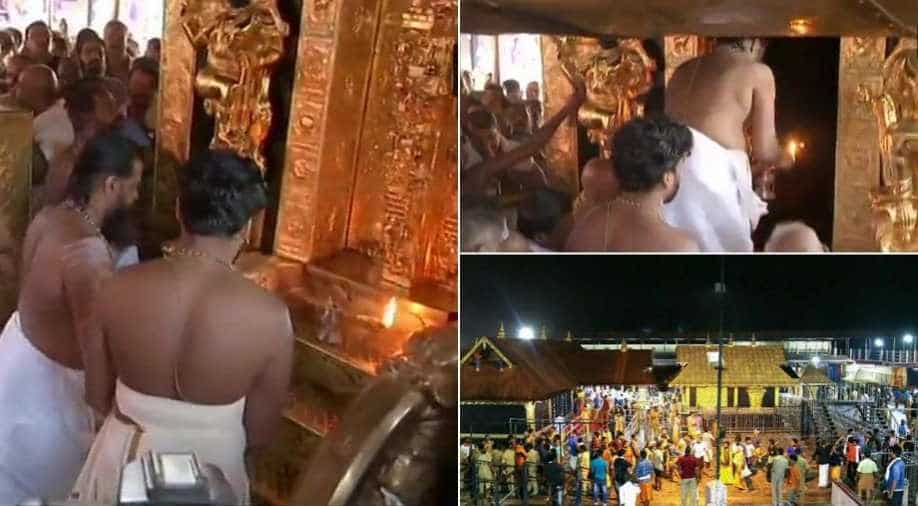 Amid tight security arrangements, sanctum sanctorum of the Sabarimala Temple was opened on Saturday in Kerala's Pathanamthitta district.

The top court also observed that the right to worship by an individual cannot outweigh the rights of a religious group.

The review petitions challenged the authority of the apex court to intervene in the belief of the people.

It argued that the temple deity is a "Brahmachari" (celibate) and "centuries-old beliefs" should not be disturbed by the entry of menstruating women worshippers.

Despite the apex court's ruling, a string of protests took place at the Sabarimala temple and its surrounding areas in the state, wherein several women attempted to visit the shrine but were stopped by Lord Ayyappa devotees.

Women rights activist Trupti Desai, who has been a vehement critic of the restriction on the entry of women of a certain age group in the temple, had said that she will be visiting the shrine after November 20 regardless of whether or not she is provided security cover by the state government.