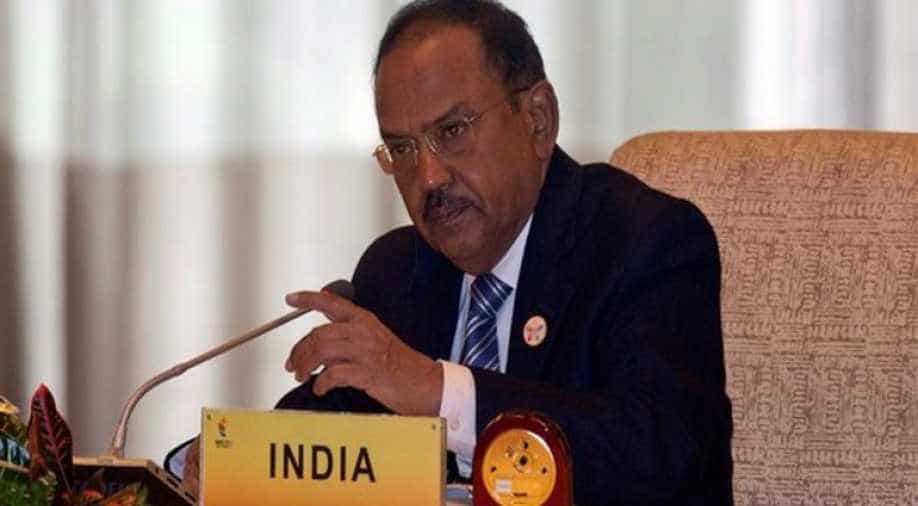 National Security Adviser Ajit Doval and his Chinese counterpart state councillor Yang Jiechi will hold the next round of formal negotiations on the boundary issue later today.

This comes almost four months after the 73-day-long military stand-off at the Doklam plateau in the tri-junction region.

In the 20th round of special representatives talks since the establishment of the Special Representatives (SR) mechanism in 2003, Doval and Jiechi are expected to discuss ways to maintain peace and tranquillity along the 4,000-km-long border.

The two representatives will also discuss the Doklam stand-off.

Last Doval and Jiechi had met during the BRICS summit in Xiamen in September.

Reportedly, the decision to hold talks in the connection was taken at a meeting held last week between External Affairs Minister (EAM) Sushma Swaraj and her Chinese counterpart Wang Yi on the sidelines of the Russia-India-China (RIC) conference here.

However, the announcement of the meeting was made by MEA on Wednesday.

"At the invitation of Ajit Doval, National Security Adviser and the Special Representative of India on the Boundary Question, Yang Jiechi, State Councillor and Member of the Politburo of Communist Party of China's Central Committee and Special Representative of China on the Boundary Question, will visit India on December 22 to hold the 20th meeting of special representatives," MEA spokesperson Raveesh Kumar said during a media briefing.

Kumar averred that the discussions will be focused on the boundary issue, adding "we, of course, attach lot of importance to this dialogue mechanism."

On Tuesday, Chinese Foreign Ministry spokesperson Hua Chunying while addressing a media briefing said that the Doklam stand-off had posed a "major test" for bilateral ties.

Hua also stressed that lessons should be learnt from the conflict to circumvent similar situation in the future.

"This special representative meeting is not only a high-level channel for the border issue discussion but also the platform for strategic communication," she said.

She further said that the meeting was not only a high-level channel for the border issue discussion, but also the platform for strategic communication.

"In 2017, China-India relations have maintained a good momentum generally but the Doklam incident posed a major test for the two countries. We should learn lessons from this incident to avoid any further conflict of this kind in the future," she added.

The last round of SRs meeting was held in Beijing in April 2016.

The Doklam standoff began on June 16 over People's Liberation Army's plans to build a road in area claimed by Bhutan.

The conflict came to an end on August 28 after the tw0 sides agreed to withdraw their respective troops from the Doklam plateau and the Chinese troops stopped building a key road close to India's corridor.