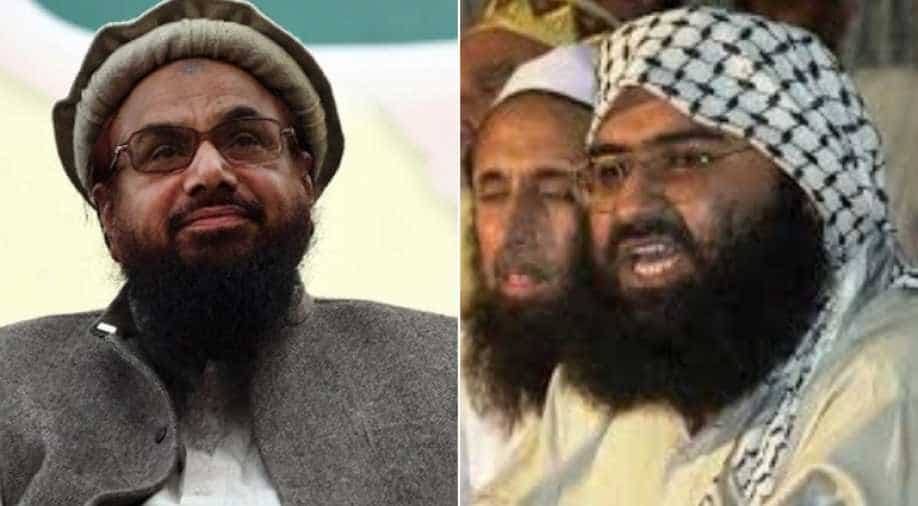 The Pulwama attack was claimed by the Jaish-e-Mohammed which is headed by Masood Azhar.

Indian intelligence sources have told the Zee group that Masood Azhar and Hafiz Saeed have been told to lie low after the Pulwama attack.

At least 40 CRPF personnel lost their lives in the Pulwama attack after a local youth, Adil Ahmad Dar, rammed a car laden with explosives into a bus carrying the Central Reserve Police Force men.

The attack was later claimed by the terror group Jaish-e-Mohammed which is headed by Azhar.

Saeed is a co-founder of the terror group Lashkar-e-Taiba. India says he is the mastermind of the Mumbai 26/11 terror attacks, in which over 165 civilians were killed.

According to the sources, about 80 kilograms of RDX were used in the Pulwama attack.

They sources added that the RDX used in the attack was procured by the Pakistani Army in Rawalpindi and handed over to JeM operatives. The process of collecting the RDX reportedly began in March 2018 and the explosive smuggled in backpacks, cylinders and coal bags to Pulwama's Tral village.

Tensions between India and Pakistan have been running high since the attack.

On Tuesday, Pakistani Prime Minister Imran Khan said India was blaming Pakistan for the attack "without any evidence".

He asked why Pakistan would help carry out such an attack when it was heading towards "stability".

He also added that Pakistan would be forced to retaliate should India attack it.

Both Azhar and Saeed are Pakistani nationals. Azhar has been living in Pakistan — as does Saeed — since he was released by India after the hijacking of Indian Airlines flight IC 814 in December 1999.