Adil Ahmad Dar: The man who carried out the Pulwama attack 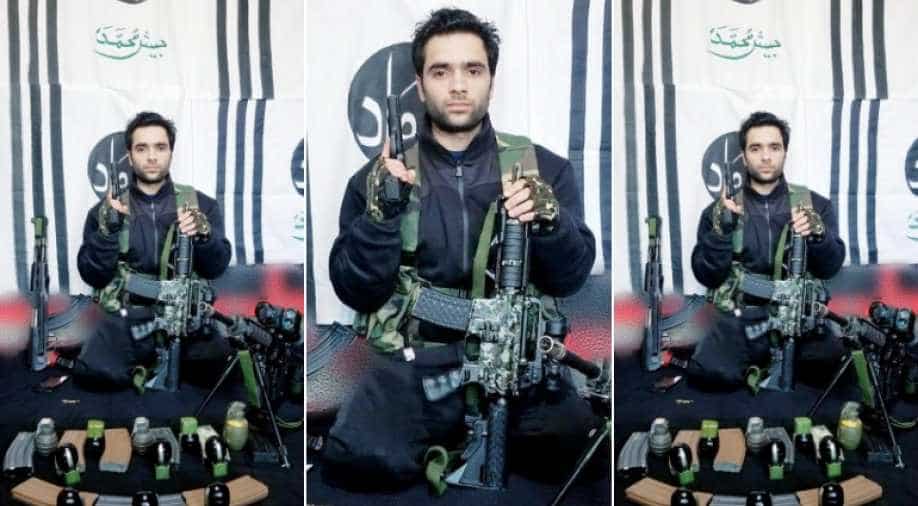 Adil Ahmad Dar in one of the pictures that appeared on social media after the Pulwama attack. Photograph:( Twitter )

A little after the attack, pictures and videos of Adil Ahmad Dar began to appear on social media.

The man who carried out Thursday's terror attack in Jammu and Kashmir's Pulwama that left 40 CRPF jawans dead has been identified as Adil Ahmad Dar.

The terror group Jaish-e-Mohammed (JeM) claimed responsibility for the attack in a text message sent to Kashmiri news agency GNS. The Jaish-e-Mohammed is headed by Masood Azhar, one of the three terrorists released by India after the hijacking of Indian Airlines flight IC 814 in December 1999.

A little after the attack, pictures and videos of Adil Ahmad Dar began to appear on social media. Police said Thursday that Dar was from Kakapora in Pulwama.

In one of the videos, Dar says he joined Jaish-e-Mohammed a year ago.

"After a year's wait, I have got the chance to do what I joined the Jaish for... By the time this video reaches you, I will be in heaven... This is my last message to the people of Kashmir," Dar says in the video.

In the video, Dar is seen holding an assault rifle, while a machine gun and pistol are seen next to him. Also seen in the video are several magazines of ammunition and a grenade.

The video is superimposed with the words "Victory coming soon inshallah".