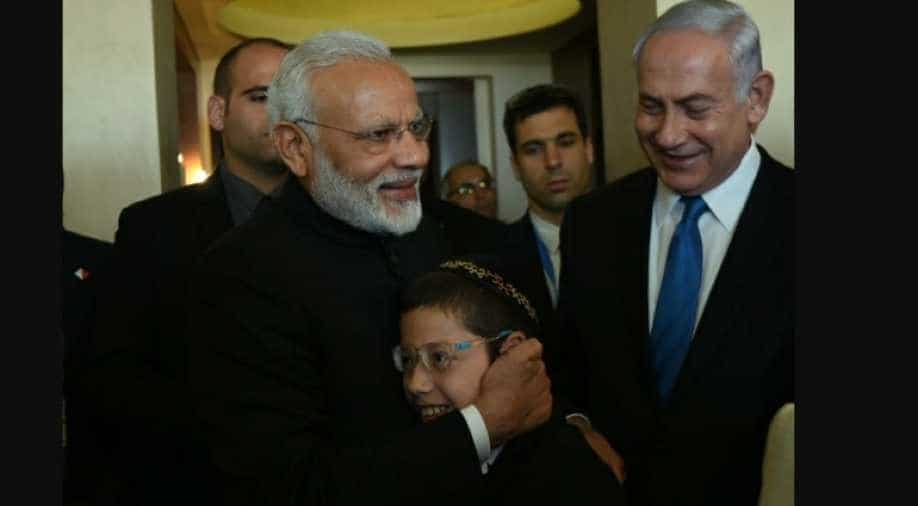 Moshe Tzvi Holtzberg, who turned 13 recently, was then a two-year-old baby when his parents were killed by terrorists from Pakistan in November 2008 in Mumbai.

Your story of ''miracle'', "hope" and "immeasurable loss" continues to inspire many, were the words of Prime Minister Narendra Modi as he penned an emotional letter to the Israeli boy who survived 26/11 Mumbai attacks.

Moshe Tzvi Holtzberg, who turned 13 recently, was then a two-year-old baby when his parents were killed by terrorists from Pakistan in November 2008 in Mumbai. Holtzberg, who was crying seeing the dead bodies of his parents, was daringly rescued by his nanny Sandra Samuels, who was hiding in a room downstairs when the attack happened. The photograph of Sandra holding the two-year-old close to her chest post their rescue touched the hearts of millions across the globe.

"Your story continues to inspire everyone. It is one of miracle and hope overcoming tragedy and immeasurable loss", PM Modi wrote in the letter that was read by Sanjeev Singla, India's Ambassador to Israel.

“As you make this important transition and cross a significant landmark in the journey of your life, the courage of [nanny] Sandra [Samuel] and prayers of the people of India will continue to bless you for a long, healthy and successful life,” Modi said as he congratulated Holtzberg for his Bar Mitzvah yesterday.

Bar Mitzvah is a significant ceremony performed for Jewish boys when they turn 13 and some Israeli scholars relate it with upnayana or the thread ceremony. Holtzberg turned 13 according to the Gregorian calendar on November 28.

PM Modi also said that the terrorists failed to subdue their "vibrant diversity" and their "spirit" to move forward. "Today, India and Israel stand together even more determined against terrorism and hatred", PM Modi wrote.

The prime minister also remembered his visit to Israel in 2017 when he met Holtzberg and hoped that his wish of returning to Mumbai as the director of Chabad House comes true.

"I hope I will be able to visit Mumbai, and when I get older, live there. I will be the director of our Chabad House...I love you and your people in India," Holtzberg told PM Modi in 2017 during the later's visit.

Modi responded to Holtzberg by saying that he and his family members can come to India anytime they wish to and they will be issued long-time visas too.

Recently, India marked the 11th anniversary of the Mumbai attacks that were carried out on November 26, which killed at least 166 people and injured over 300.