13 years on, a school in Varanasi waits for electricity 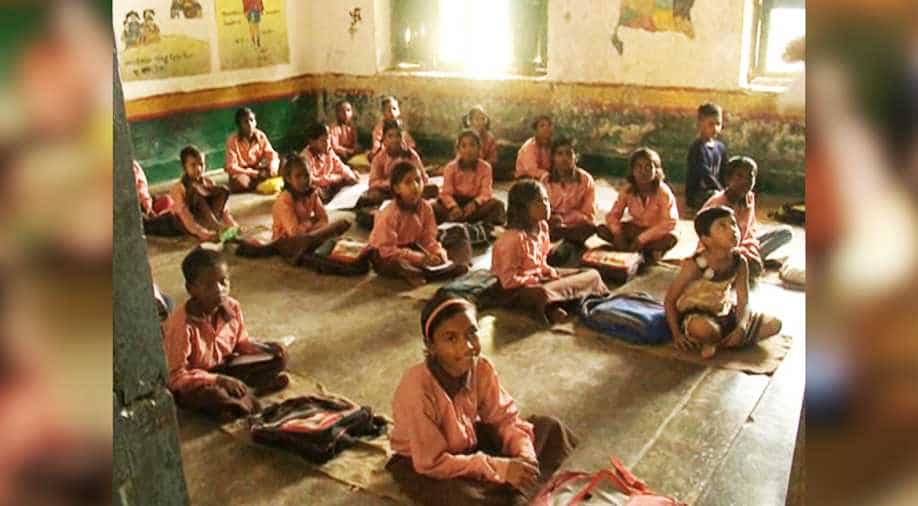 The students in Sarnath Primary School have to brave cold wave and blistering heat to study ||The school has fans, but no electricity

Prime Minister Narendra Modi has a tough task at hand - to get power to a school in his parliamentary constituency Varanasi. The school, in Sarnath area of Varanasi, is without power for the last 13 years. And the situation will remain the same till 2019, says a board inside the school.

The students in Sarnath Primary School have to brave cold wave and blistering heat to study. And they sit on the floor as there are no benches. The school has fans, but no electricity.

"There are no doors, no table and benches, even water is missing," said Deepti Patel, one of the students. "It’s too hot here," said Neha, another student.

Others too echoed similar sentiments. "We are studying without water and electricity. The school doesn’t even have a toilet, which makes things worse," said Lakshmi Maurya.

The principal said the situation is a result of officials’ apathy. "It’s been a year since I came here and the situation is the same since then. Windows are broken, there are no doors. Forget students, even teachers do not have desks and chairs. I have made several efforts, approached my seniors but we are still without power," said Pratibha Pandey, the principal of the school.

Ironically, the school is among the 29 institutions which are part of state government’s model school initiative.

"The students face a lot of problems during extreme weather. The school is in pretty bad shape. Children have to sit through classes with a leaking roof. I hope this model school initiative changes our fortunes," the principal said.

Officials, meanwhile, say the situation will improve soon. "We have started this scheme of announcing model schools. The building will get new tiles. The funds that we are receiving, will be put to good use," said chief development officer Sunil Kumar Verma.

The officer also said that the government plans to install solar-powered lights and fans in the school. The school will also have solar-powered cooler and the RO plant, he added.