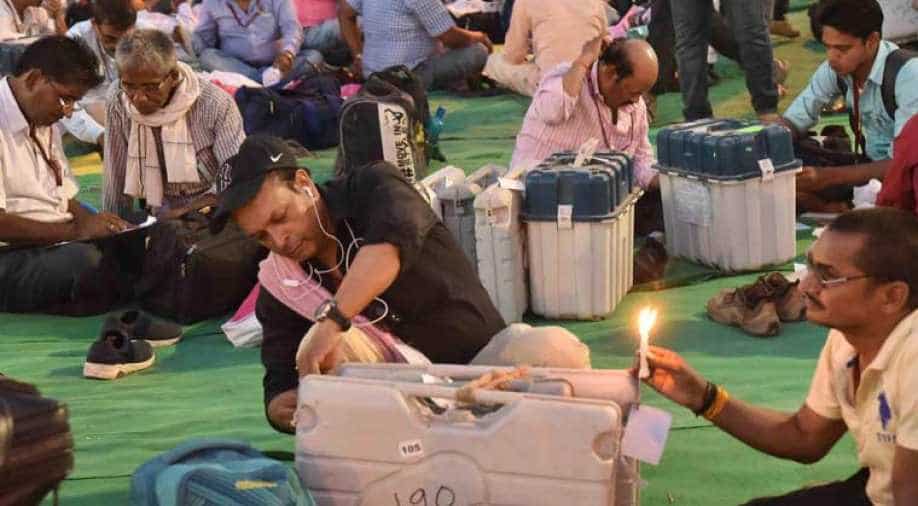 Polling officials seal the EVMs and VVPAT machines after close of voting in Patna in the final phase of the Lok Sabha polls. Photograph:( PTI )

The Supreme Court said CJI had already dealt with the matter, noted it can't override his order.

The Supreme Court on Tuesday dismissed a PIL seeking 100 per cent matching of voter-verifiable paper audit trail (VVPAT) slips with electronic voting machines (EVMs) during the counting of votes on May 23 for Lok Sabha polls.

A vacation bench headed by Justice Arun Mishra refused to entertain the plea filed by a Chennai-based organisation 'Tech for All', saying that a larger bench headed by Chief Justice Ranjan Gogoi had already dealt with the matter and passed an order.

"The CJI had dealt with this matter. Why are you taking chance before a two-judge vacation bench?" the Supreme Court asked.

"We cannot override the CJI's order... This is nonsense. The petition is taken on board. Dismissed," Justice Mishra said.

The Supreme Court had on May 7 dismissed a review plea filed by 21 opposition leaders, led by Andhra Pradesh Chief Minister N. Chandrababu Naidu, seeking that random matching of VVPAT slips with EVMs be increased to 50 per cent.

The Supreme Court had on April 8 directed the Election Commission to increase random matching of VVPAT slips with EVMs from one to five polling booths per assembly segment in Lok Sabha polls, saying it would provide greater satisfaction not just to political parties but also to the entire electorate.