Vinay Pathak on 'Chintu Ka Birthday': It's a film about a lockdown, released during lockdown 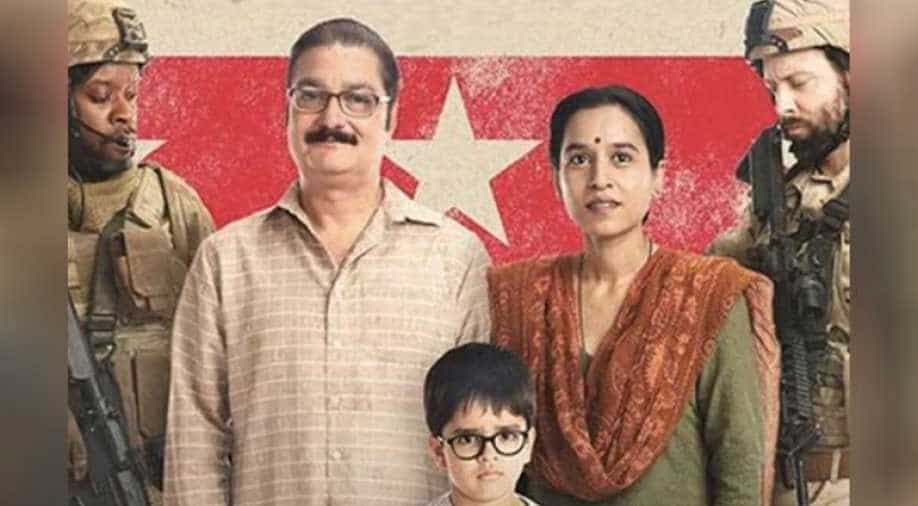 In an exclusive chat with WION, actor Vinay Pathak talks about his latest film 'Chintu Ka Birthday' which is streaming on ZEE5.

Actor Vinay Pathak has worked in the film industry for almost 20 years. He may not have played the quintessential leading man in every film, but Pathak has over the years created a niche for himself- through his work in cinema, theatre and web series. He has been part of several prominent films, plays and web series over the years but the actor states that his latest film ‘Chintu Ka Birthday’ is special.

‘The script of ‘Chintu Ka Birthday is so overwhelmingly wonderful. This is one film where there's no bad soul,” says Pathak in an exclusive chat with WION. Directed and written by National award-winning filmmakers Satyanshu and Devanshu Singh, ‘Chintu Ka Birthday’ is streaming on OTT platform ZEE5.

Pathak says that the inherent goodness of the story made him say yes to the film. “That’s how the human race is- everybody has a good and bad in them. And the way the two have written the script, the ease with which they have conveyed the message makes the film very special.”

Based in war-torn Iraq, the film is about an Indian family trying to celebrate the birthday of the youngest member of the family Chintu but their celebrations are interrupted by uninvited guests- two American soldiers in search of locals protesting against American invasion. Pathak plays Chintu’s father- an ever-optimistic man who looks at the brighter side of everything. Tillotama Shome plays his wife in the film.

Working with a child actor can be tricky but Pathak is all praises for his onscreen son Chintu played by actor Vedant Chibber. “We managed to achieve our target on schedule. Sometimes even before that. So that goes to say that Vedant was on the mark and Satyanshu and Devanshu as directors were very smart in tapping the child’s potential well. They delegated work also very smartly. And for me, that's been the most joyous experience I've had filming a movie,” the actor admits.

The actor is all praises for the director duo who, Pathak reveals, had written the script seven years ago. “They were going from one place to another but things were not working out. Eventually, when it came to me I was blown by the script. I wondered, ‘It is a fantastic film on paper, how could anybody not pick this up?’” recalled the actor.

The actor admits that he was so impressed with the script that he was ready to attend workshops etc- whatever the filmmakers wanted him to do- in order to be a part of the film. He is all praises for Satyanshu Singh and Devanshu Singh and says he has earned friends for life while making this film. “Both of them wear their hearts on their sleeves. They are simple, beautiful people- it's not an act. And that's the kind of film they have made. That’s why ‘Chintu Ka Birthday’ is very close to my heart, because not only did I get to do this wonderful film with a wonderful ensemble but what I also take away from the film friendship with Satyanshu and Devanshu which is very special. I will cherish them for the rest of my life.”

‘Chintu Ka Birthday’ has been produced by comedy collective AIB’s Tanmay Bhat, Gursimran Khamba, Rohan Joshi and Ashish Shakya. The film was scheduled to premiere at MAMI Mumbai Film Festival in 2018 but Bhat and Khamba’s name got embroiled in #MeToo Controversy a few weeks before the festival was to begin and the film was dropped from the screening list. It eventually made noise a year later at the Jagran Film Festival and earned rave reviews. Does he feel that the film got unnecessarily involved in a controversy? “Because it was my film and I had vested interests in it, so I will not be the most liberal party to comment on that. But yes, I think that it could have been avoided. The two guys who wrote and directed the film -they didn’t deserve this. It wasn’t fair to them, to the film to everybody who worked on it, but that's all in the past,” says the actor and says that the release of the film couldn't have been better timed.  "The story is sort of about a lockdown, so the release was perfectly timed".  The film premiered on ZEE5 on June 5.

Pathak, who has been part of multiple series and films exclusively made for digital, feels that the boom of OTT platforms is a blessing for smaller films. “Small films have always struggled to get a proper release. Sometimes even when they get released they struggle to find showtime. A small film however lovely, terrific it may be, they fail to find an audience. So compare to that OTT platforms are wonderful, because it’s there for anybody to watch it anytime, like any other film. It’s great for small cinema.”

When asked to weigh in on the current debate of digital overtaking cinema halls, Pathak laughs and says, “Where are the halls? Which cinema hall is open during this pandemic? Digital is the only way! If somebody is debating right now, I’ll say dude just wait for six months. And see if the movie the theatres open at all!”

The actor who has featured in web series like ‘Special Ops’, ‘Made In Heaven’ and feature film ‘Chhapad Phad Ke’ (made exclusively for an OTT platform) admits that the magic of cinema will stay. “Going into a movie theatre and watching a film on a big screen with 200 other people- the collective experience watching a film, along with so many others and reacting to it, I think satisfies a viewer. That is what is missed with right now with no movie theatres opening.”

Does he feel that OTT platforms would replace cinema halls in the future? “I hope not,” says the actor and adds, “I think it’s quite magical to watch a film on the big screen, it’s a feeling that cannot be replaced. I remember the same debate had risen when television first came but nothing got replaced. The experience in a movie theatre is much larger. I see both the platforms co-existing.”