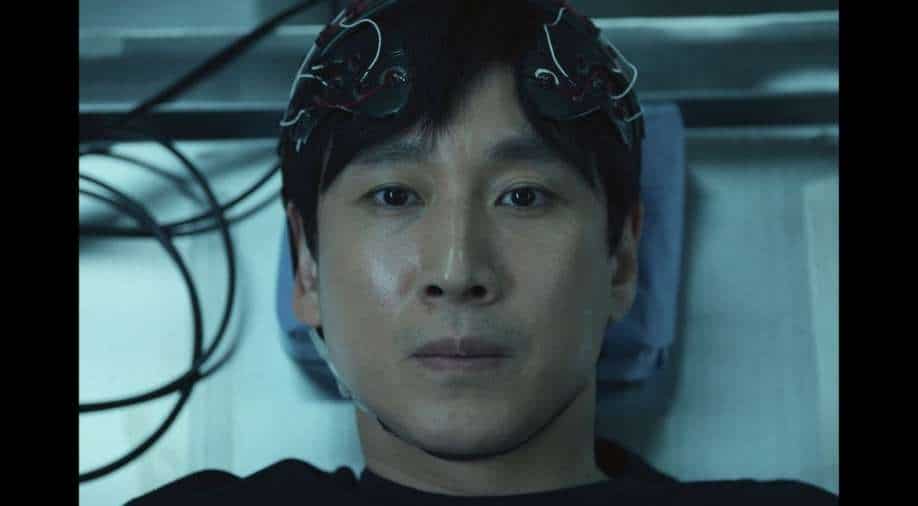 “Dr. Brain” has not received the launch that you might expect for a miniseries made by a significant South Korean filmmaker, one that’s an important building block in Apple TV+’s attempt to upgrade its international content.

“Dr. Brain” has not received the launch that you might expect for a miniseries made by a significant South Korean filmmaker, one that’s an important building block in Apple TV+’s attempt to upgrade its international content. The show’s Thursday debut was announced less than two weeks ago, and even then, there was confusion about the actual date it would premiere in the United States. The ritual press day with cast and crew, just announced Tuesday, is taking place a week after the premiere.

That seeming lack of planning could be a result of Apple focusing its attention on the show’s release in South Korea; “Dr. Brain,” created by Kim Jee-woon, is the service’s first original series from that country. But it’s hard not to suspect another culprit: Netflix’s “Squid Game,” and the sudden avalanche of attention it has brought to South Korean television drama. Maybe someone at Apple woke up and said, “Hey, we’ve got one of those, too!”

And the one they have is, in its relatively quiet and only slightly sensational way, better. Quiet and unsensational are not qualities always associated with Kim, who was happy to engage in excesses of gore or hyperbolic action in movies like “I Saw the Devil” and “The Good, the Bad, the Weird.” In “Dr. Brain,” he’s operating in a calmer, subtler mode reminiscent of his best work, the polished horror film “A Tale of Two Sisters.”

Kim has been a genre-hopper in his career, and the six-episode “Dr. Brain,” his first TV series, blends formats that he’s worked in before. In outline, it’s a straightforward mystery, as brain scientist Sewon Koh (Lee Sun-kyun) searches for the son he thought he buried but who may be alive; he’s helped by a police officer, Lt. Choi (Seo Ji-hye), who’s initially skeptical but comes around to his side.

But it’s also a science-fiction story: Koh has developed a process for “syncing brain waves,” allowing him to tap into the memories of the recently dead. The fate of his son is wrapped up with a conspiracy involving this technology, and there’s a hubris-of-science theme that ties “Dr. Brain” to Dr. Frankenstein, at the high end, and the mid-1980s helmets-and-electrodes thrillers “Brainstorm” and “Dreamscape,” at the lower end.

Throw in some film noir embroidery, in the person of a laconic private eye (Park Hee-soon) who also helps Koh out, and you’ve got a genre stew. And that’s before you get to the mind-meld sequences, when Koh goes inside the heads of murder victims, random corpses and, in one droll sequence, a dead cat. Kim takes these as opportunities to inject visual pizazz into the generally naturalistic mise-en-scène, in the form of giallo and Asian-horror motifs. Finally, it would be a shame not to mention that melding with the cat gives Koh occasional access to feline powers of vision and agility, making him a part-time superhero.

That may make “Dr. Brain” sound like a mess, but it’s surprisingly coherent. Kim is firmly in control — his unobtrusive professionalism ensures that the shocks, reversals and revelations are part of a smooth, modulated ride. And that smoothness carries you past the nagging questions, mostly involving why someone didn’t do the obvious thing, that this sort of story tends to raise.

The real barrier to entry for some viewers may be the sentimentality of the season’s beginning and ending — the need for Korean TV dramas to assert themselves as soap operas to meet their domestic audience’s expectations. But Kim pours on less syrup than the norm, and for most of its run, “Dr. Brain” is a classy and absorbing entertainment.