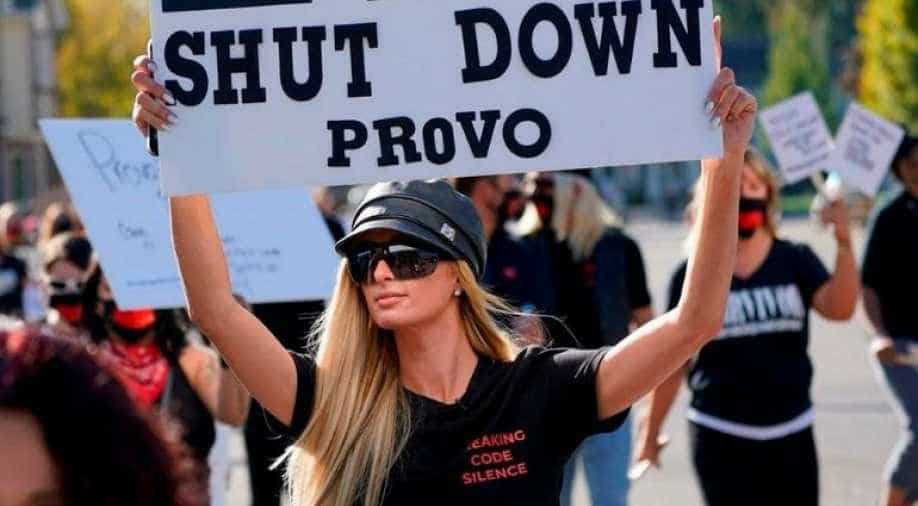 During her testimony, Hilton called on President Joe Biden and leaders in Congress to take action and said she intends to pursue federal legislation.

Paris Hilton recently testified about the alleged abuse she suffered years ago at a boarding school in Utah. The 20-year-old heiress lobbied for a bill seeking to regulate the state’s troubled teen industry.

Hilton testified at a state Senate committee hearing at the Utah Capitol in favor of the bill that would require more government oversight of youth residential treatment centers and require them to document when they use restraints. The measure passed unanimously following emotional testimony from Hilton and several other survivors.

“Talking about something so personal was and is still terrifying,” Hilton told the committee. “But I can not go to sleep at night knowing that there are children that are experiencing the same abuse that I and so many others went through, and neither should you.” The 39-year-old said the treatment was so “traumatizing” that she has suffered nightmares and insomnia for years.

During her testimony, Hilton called on President Joe Biden and leaders in Congress to take action and said she intends to pursue federal legislation.

“This is just the first step,” Hilton told reporters. “This bill is going to definitely help a lot of children but there’s obviously more work to do, and I’m not going to stop until change happens.”

The entrepreneur, 39, previously opened up about the emotional and psychological toll her stay at Utah boarding school had on her in a YouTube Originals documentary 'This Is Paris' in September.

In the pictures she shared on Instagram, Hilton's face has a somber expression as she poses in a hat and T-shirt with NYPD logos and black pants.

"These photos were taken when I was 18 and had recently come home from the horrible experiences I went through at #ProvoCanyonSchool. I can see the pain in my eyes," the entrepreneur wrote.

She continued, "I was so traumatized that I pretended everything was okay, trying to block out the painful memories."

Many of Hilton's former Provo Canyon School classmates appeared in her YouTube documentary and shared their stories of the alleged abuse.

Since the documentary was released, other celebrities have spoken out about their experiences at the school or others like it, including Michael Jackson’s daughter Paris Jackson and tattoo artist Kat Von D.