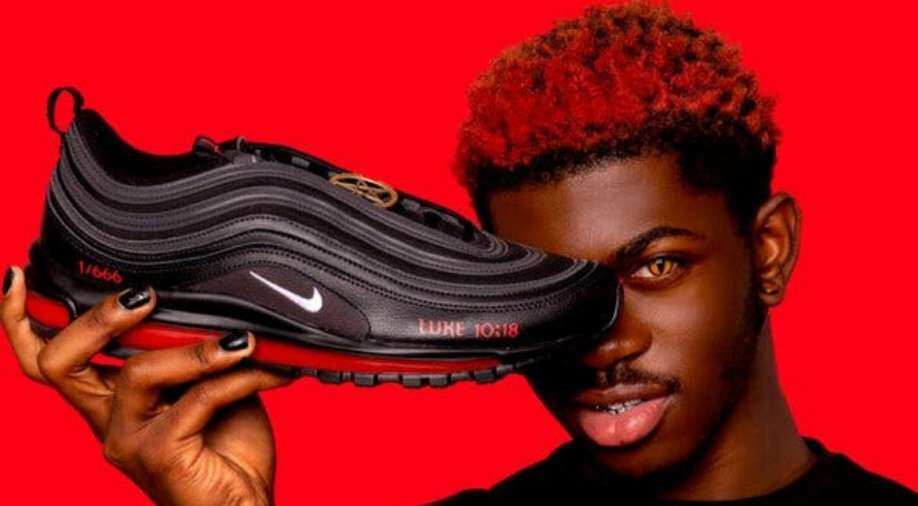 Lil Nas X grabbed headlines after he launched a controversial Satan-themed shoes-which claim to have human blood in them.

Lil Nas X and MSCHF have lost their first legal battle against Nike over his controversial 'Satan Shoes'. The sportswear company filed a lawsuit against the makers over trademark infringement as they “were produced without Nike’s approval or authorization, and Nike is in no way connected with this project.” and asked a federal court in New York to stop them from selling the shoes.

The judge ultimately ruled that Nike has pretty much proven their side and that led to a temporary restraining order against the unofficial Nike sneakers.

According to The Hollywood Reporter, Nike claimed that the Satan shoes have damaged the company’s professional reputation as people believe they’re an official release causing many customers to threaten to boycott the company. However, MSCHF’s lawyers argued that their client had no plans to produce more than 666 pairs of the shoe.

The 21-year old grabbed headlines after he launched the controversial Satan-themed shoes-which claim to have human blood in them. The shoes were apparently modified Nike Air Max 97s featuring an inverted cross, a Pentagram and a message from Luke 10:18 of The Bible about Satan's fall from heaven. The shoes were up for sale at a price of $1,018.

Soon after the launch after the people from around the globe slammed Nike, MSCHF and Lil Nas, the shoe giant quickly sided them away from the controversy and said, "We do not have a relationship with Little Nas X or MSCHF. Nike did not design or release these shoes and we do not endorse them."

The rapper who left upset after the ruling also reacted, here's what he tweeted.

sorry guys i’m legally not allowed to give the 666th pair away anymore because of the crying nerds on the internet https://t.co/URoj0kGnRq

i haven’t been upset until today, i feel like it’s fucked up they have so much power they can get shoes cancelled. freedom of expression gone out the window. but that’s gonna change soon.