Michelle, Barack Obama reveal how they fell in love on podcast 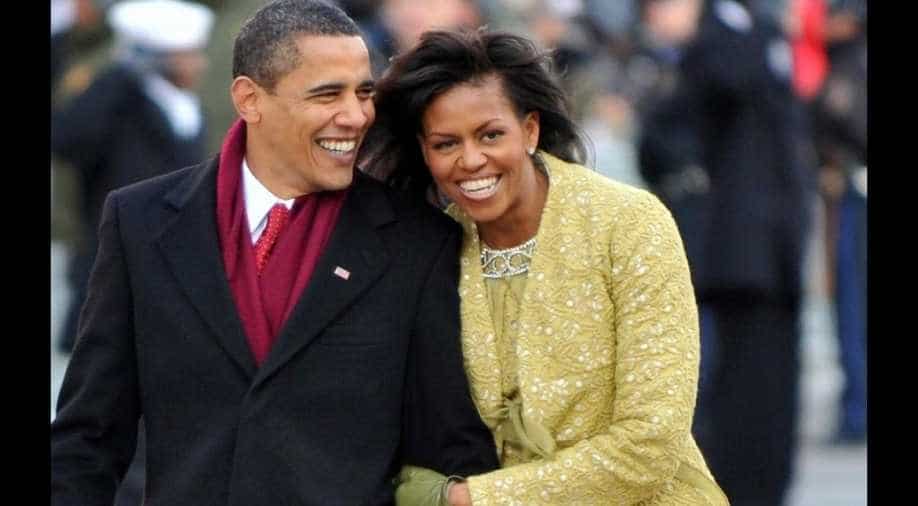 For the inaugural episode of ‘The Michelle Obama Podcast’, the couple opened up on how they fell in love.

Michelle Obama’s podcast is here and we have updates on what happened in the first episode as it featured her husband and former US President Barack Obama.

For the inaugural episode of ‘The Michelle Obama Podcast’, the couple opened up on how they fell in love. While we do know about their relationship as it was also made into a film titled ‘Southside With You’, but the podcast explores how it all began from the start.

In the podcast, Michelle explained that it was Barack’s sense of community that had her head over heels for him to begin with. She felt that she could relate to him. She said, "One of the reasons I fell in love with you is because you are guided by the principle that we are each other's brothers' and sisters' keepers. And that's how I was raised," she says. "I can say that my family, my neighborhood, my notions of community growing up shaped that view, and shaped the choices that I made in life as I felt your experiences shape yours."

Barack then jokes with her, "It wasn't just my looks. But that's okay."

Michelle and Barack also revealed that they have been spending a lot of time together in quarantine to which he replied, "You don't seem too happy about that."

Michelle added, "We've had a great time. We've had some interesting conversations because these are some crazy times... We've spent a lot of time talking about how our views of community shape who we are, shape our choices and shape our reactions.”

Barack then reflected, "When you and I think about what's the inheritance we'd like to leave Malia and Sasha [Obama], more than anything what it would be is that they're living in a country that respects everybody and looks after everybody. Celebrates and sees everybody. Because we know that if we're not around, that those girls are in a society like that. They'll be fine."