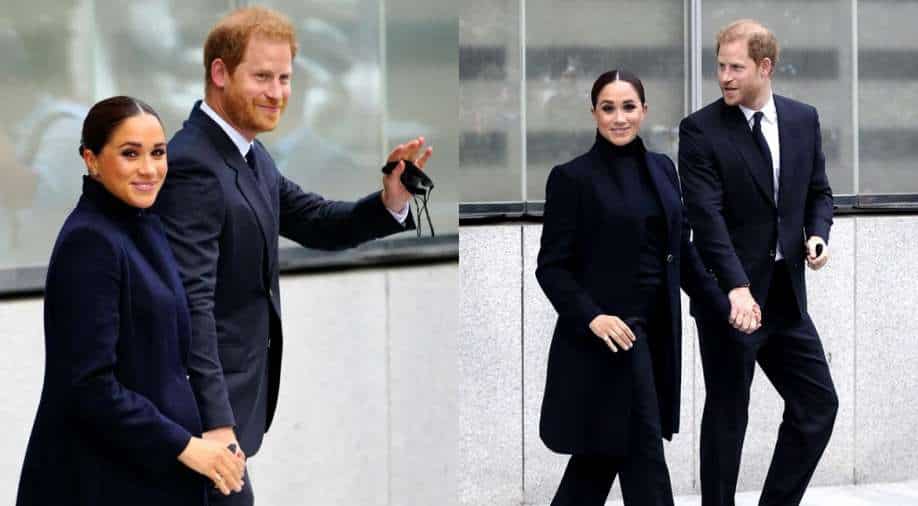 When asked about her return to NYC, Meghan Markle reportedly replied, saying, "It's wonderful to be back, thank you."

Prince Harry and Meghan Markle have reached New York City ahead of their appearance at Global Citizen Live this coming weekend.

On Thursday, the royal couple visited the One World Observatory with Mayor Bill de Blasio, Chirlane McCray and the duo's son, Dante de Blasio, along with Governor Kathy Hochul.

As usual, the Duke and Duchess of Sussex stopped for pictures when the paparazzi showed up and were seen smiling and posing for the shutterbugs.

Interestingly, this NYC outing also marked Harry and Meghan's first appearance together as a couple since the birth of their daughter, Lilibet, in June of this year. Their last outing was also in NYC in 2019 at the US Open.

When asked about her return to NYC, Meghan reportedly replied, saying, "It's wonderful to be back, thank you."
The Global Citizen Live event will be a 24-hour performance-heavy livestream that's goal is to raise funds and awareness for vaccine equity all around the world.

Amid other world leaders and dignitaries, the royal couple will appear on the Great Lawn in Central Park to encourage the leading nations of the world to work together and put an end to the COVID-19 pandemic.

The fundraising event has also called on G-7 countries, as well as the European Union, for immediate disbursement of one billion COVID-19 vaccines to the countries that are in dire need.