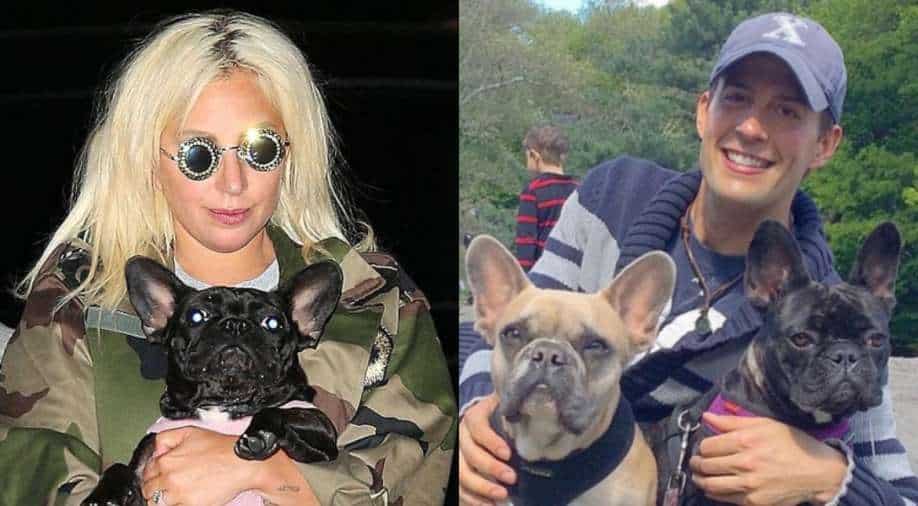 The scene at the hospital, which Ryan Fischer remembers seeing and understanding what was going on around him, looked bleak for him. Lady Gaga has helped him with his recovery since the incident.

In a recent interview, Lady Gaga’s dog walker Ryan Fischer talked about that fateful night when he was attacked and shot while walking Lady Gaga's dogs.

Ryan Fischer, who had been walking the singer-actor's French bulldogs for six years before the tragic attack took place this February, spoke with CBS Mornings host Gayle King on his recovery, the incident itself and Lady Gaga's involvement through this journey.

"The car basically came in, at an angle. There was no doubt in my head that they were stopping for me. I was scared. I was in pain. I had a feeling when they came up, pulled the gun on me, that I was going to end up being shot. In my mind, I was like, ‘There’s no way I’m not going to fight for these dogs," Fischer recollected.

Also read: Billy Porter: As an out queer black actor, Hollywood hasn't always been a welcoming space to be who I am

The scene at the hospital, which he remembers seeing and understanding what was going on around him, looked bleak. "When they put the chest tube in, all of a sudden all this blood just spurted out on the doctor next to me. Everyone’s faces just dropped. I heard my blood pressure drop. I looked at the machine. The people in the E.R. who I’d seen that night told me that they didn’t think I was going to survive that night," he shared.

Although he is not sure whether the attackers knew these expensive dogs belonged to Lady Gaga or not, Fischer says he would be surprised if they did. "The one thing I’ve noticed in L.A. while walking the dogs is people say out of the cars, ‘How much are those dogs worth?’ How much are they? Can I buy them?’ That part was always surprising–the viewing of a dog as a commodity."

However,  the two French bulldogs--that had gone missing following the attack--were returned to the musician after she offered a reward money of $500,000 for them.

After Fischer’s attack, Lady Gaga posted a heartfelt note for him, writing, "I continue to love you Ryan Fischer, you risked your life to fight for our family. You’re forever a hero."

Talking about Lady Gaga's support towards him, Fischer said that the singer-actor has been supportive towards him. "She’s been a friend for me. After I was attacked, my family was flown out and I had trauma therapists flown to me. I stayed at her house for months while friends comforted me and security was around me," he said about the 'Shallow' singer.

When asked as to why did Fischer set up a GoFundMe page instead of seeking financial help from Gaga, Fischer said, "LG’s very supportive of my journey right now. I think it’s hard for people to understand why someone would go about healing this way. I grew up Catholic in the Jesuit faith and there’s something about giving up your resources, giving up belongings, and to contribute back to society. So, I know that doesn’t make sense to a lot of people, but she totally gets it."

Ryan Fischer, however, is embracing life well. He shared, “I feel good about my life. I’m in a good space mentally as I’ve done the work to embrace this part of myself."

In April, multiple arrests were made in connection to the  the robbery and the police confirmed that detectives did not believe the suspects targeted the victim because the dogs were Lady Gaga’s, but due to the market value of the expensive breed.