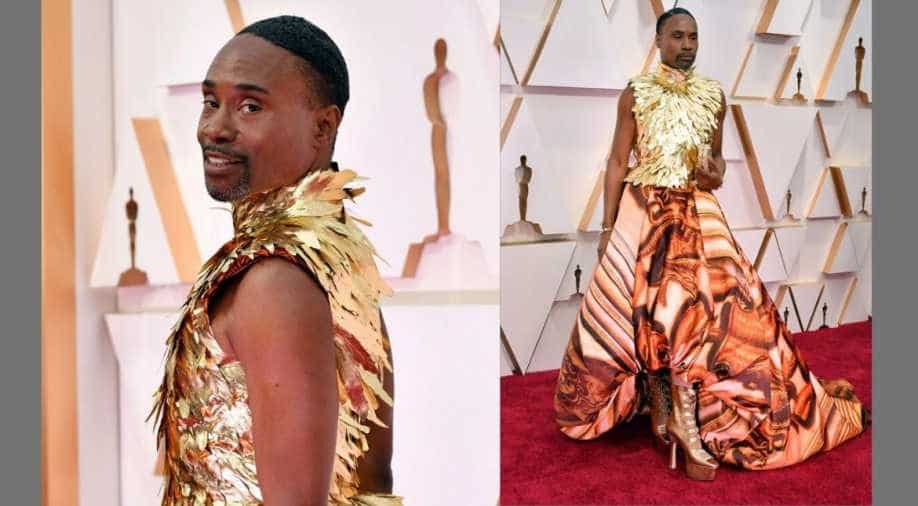 "There's always a talk about authenticity and just simply being yourself and my response to that has always been that its easy to be who you are when what you are is what's popular," said Billy Porter to an Indian entertainment daily.

Billy Porter's role of godmother Fab G in Amazon Prime Video's modernised version of 'Cinderella' has got everyone talking about just how cool the character truly was.

And now, the actor has spoken to The Times of India about his role and how Fab G has allowed him to express his authentic self on camera.

Also read: Ryan Reynolds' message to India: Hollywood is now mimicking Bollywood; we have no shame

"I will say that this 'Cinderella' is one for the new millennium. It is taking the old fairy tale of Cinderella, which has its problematic moments in modern times, and sort of making it relevant for today. It's very empowering for women. It's about women being empowered, women being businesswomen, running their own lives, making their own choices and decisions, not based on whether they have a man or not. So I think that's awesome. It's very inclusive, it's very diverse and one of the big changes is with the fairy godmother aka the Fab G which is played by yours truly. It's a new interpretation of what a fairy god person can be. It's magical and magic has no gender. And I get to be that spirit, this time around," Billy reportedly said.

Also read: Elizabeth Banks, David Wain to work on musical 'Where the Fore Are We'?

When asked how did it feel to play the free-spirited Fab G, Billy said it was liberating for him on a personal level. "It's really exciting for me because on a personal level as an out queer black actor in this business, it hasn't always been a welcoming space to be who I am naturally. There's always a talk about authenticity and just simply being yourself and my response to that has always been that its easy to be who you are when what you are is what's popular. So, what do you do when who you are is not popular? When who you are is not wanted. So, to choose myself so many years ago, to choose that thing that seemingly was my liability, and was my liability for a long time, until it wasn't. And now it's not. 'Cinderella' is an example of the reward for living in one's truth," shared the actor.