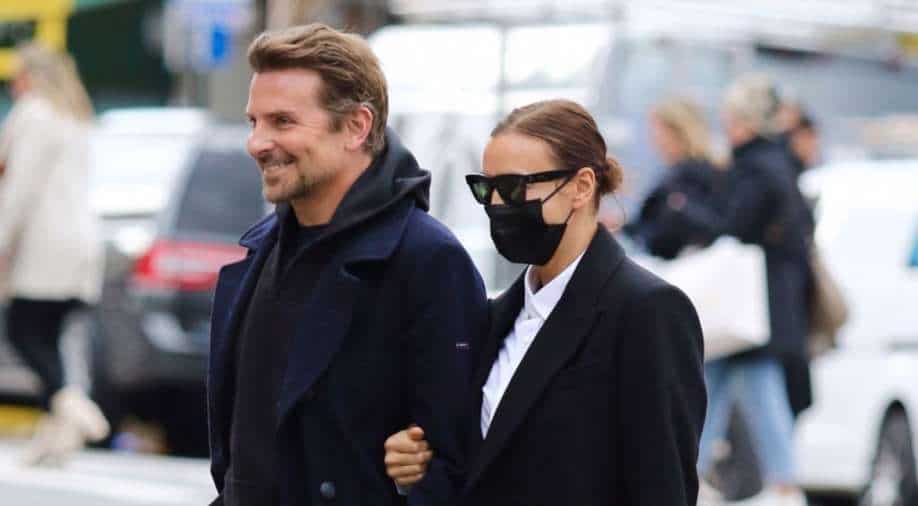 Bradley Cooper and Irina Shayk are all smiles as they step out in NYC Photograph:( Others )

Irina Shayk has also shared in the past that she is not very keen on sharing details about her relationship with Bradley Cooper, whom she dated from 2015-2019.

As per reports and the pictures that have emerged from that outing, the former couple could be seen smiling as they walked hand-in-hand on a breezy day. Fans are not too sure what to think of this cute stroll.

The celebrity exes were casually dressed both, with Cooper in classic blue jeans and a black hoodie and a classic navy pea coat.

Shayk wore a black coat, ill-fitting pants and a white button-up shirt. She completed the look with shades and a face mask, pulling her hair into a tight bun.

“I never understood the term co-parenting. When I’m with my daughter, I’m 100 percent a mother, and when she’s with her dad, he’s 100 percent her dad. Co-parenting is parenting,” Shayk told a magazine in her cover story.

Shayk also shared that she is not very keen on sharing details about her relationship with Cooper, whom she dated from 2015-2019.

"My past relationship, it’s something that belongs to me, and it’s private. It’s just a piece of my inner self that I don’t want to give away," she said.

Shayk, who was rumoured to have a fling with Kanye West right after his separation from wife Kim Kardashian last year, did not entertain questions about West as well.

"Tomorrow there is going to be a rumor that I’m dating my doorman, OK? Then after tomorrow, it’s going to be someone else... Look, there’s always something there, and I’m just keeping it to myself," Shayk told a media outlet after being clicked with the rapper in France.

Cooper is yet to be seen with a new love interest since his split from Shayk.