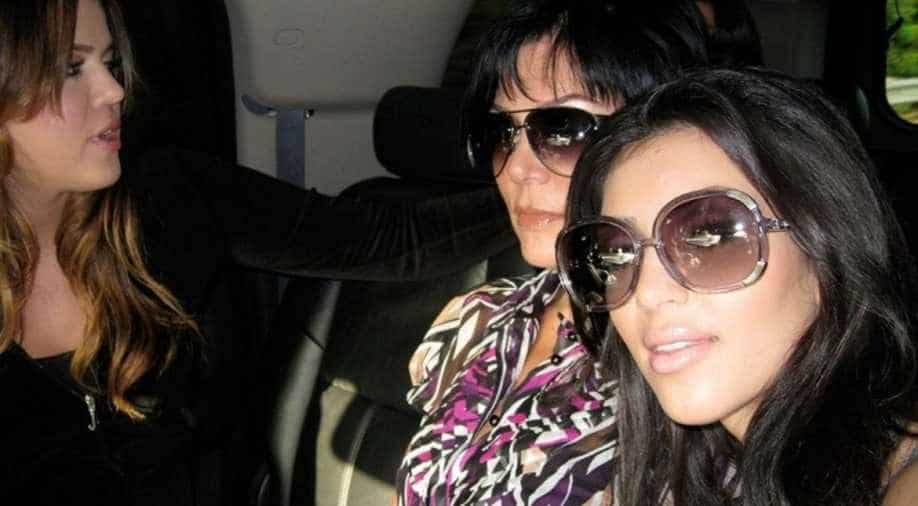 File image of Kris Jenner with her daughters Kim and Khloe Photograph:( Twitter )

Khloe and Tristan first started dating back in 2016, but their relationship hit the rocks when he was accused of cheating.

There are a lot of things happening in the Kardashian-Jenner family, from marriages to divorce and new kids. Now, Kris Jenner has spilled some beans about her daughters Khloe and Kim Kardashian.

While Kim is in between a divorce from rapper Kanye West, Khloe has sparked off engagement rumours after her recent Instagram picture.

The 65-year-old reality star appeared for a virtual interview at Ellen DeGeneres talk show. During, the show Ellen asked Kris, “What is the ring on Khloe’s finger? It’s a giant ring. What’s happening?”

To which she replied, ''That’s a good ring. I think she just loves jewellery. She loves a good ring. You should ask Khloe that!''.

Earlier this month, Khloe revealed that she is planning to expand her family with her on/off boyfriend Tristan Thompson. Kris reacted to the news and said, ''I mean, I think it’s so great that they want to do that again and have a sibling for True, because there’s nothing better than a big family and brothers and sisters, and that’s just my heart,''

''So, I'm really happy. I just want them to be happy. And True will be so excited,'' Kris added to which Ellen quipped, "And will the other kid be named False?” ''That’s a good one!” Jenner laughed.

Khloe and Tristan first started dating back in 2016, but their relationship hit rock bottom when he was accused of cheating. The couple shares a daughter called True.

Kris was the first in her family member to break her silence on Kim’s divorce last week. On Ellen's show, Kris assured that Kim is good and is completely focusing on her studies, “Kim’s good. She’s good,” Kris said. “She’s really really busy, working on all of her different projects that she’s doing, and I don’t know how she does it, with all [my] grandbabies. She’s got a lot of energy, that kid.”

“She’s so focused and she’s so, like, she’s just passionate about the whole thing and everything she stands for, and I see her studying… it’s in her schedule every single day, when I get all the schedules for the kids,” Kris shared. “Her study time is all blocked out, so nothing else can get in the way. I’m so proud of her.”

“I think that’s a big motivation for her, you know, having her dad do what he did,” she adds. “She always looked up to her dad, and that was her idol.”