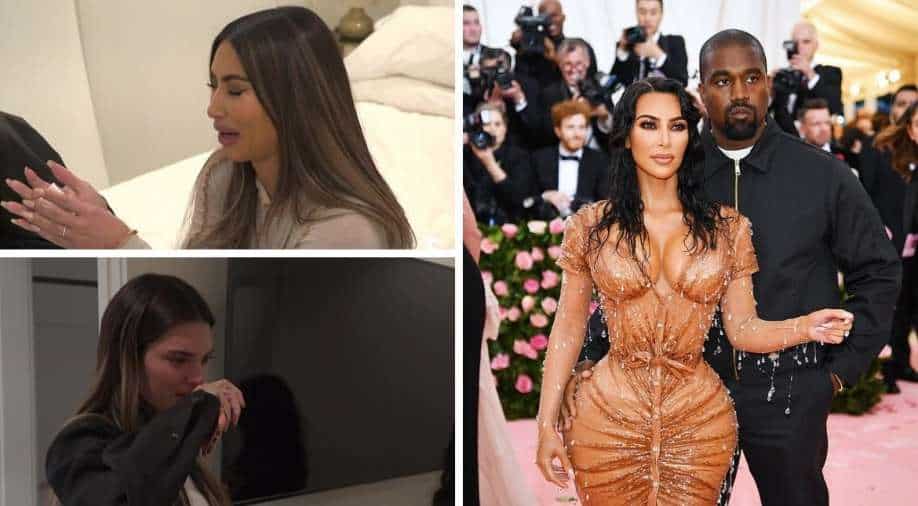 Bracing divorce amid separation from husband Kanye West, Kim is seen breaking down as family members look on and support her.

In the newly released sneak peek from 'Keeping Up With The Kardashians' final season teaser, Kim Kardashian is seen vulnerable like never before.

Bracing divorce amid separation from husband Kanye West, Kim is seen breaking down as family members look on and support her in these tough and challenging times. The clip dropped last night and has been making a lot of noise on the internet.

In one scene from 'Keeping Up With The Kardashians' final season teaser, Kim Kardashian is seen tearfully telling family members “I feel like a f***ing loser” as gets absorbed with a multitude of emotions. She is, meanwhile, seen wearing her wedding ring in all this time.

In the room, Kendall Jenner is also seen wiping her tears as listens to her elder sister pour her heart out.

Earlier, it was revealed that Kim Kardashian will be seen discussing her separation from Kanye West as Keeping Up With The Kardashians comes to an end. 'Keeping Up with the Kardashians', 'Ozark': 7 shows coming to an end in 2021

Amid divorce news, Kanye West has shifted focus on music and is working on Donda album

In another news, Kendall is seen revealing that dreams of starting her own family soon. She said, “I want kids badly, soon too.”

Khloe Kardashian, 36, and Tristan Thompson, 29, continue to discuss having another child and appear to be considering using a surrogate.

There’s something brewing between Scott and Khloe Kardashian too as he says, “I'm thinking about proposing”