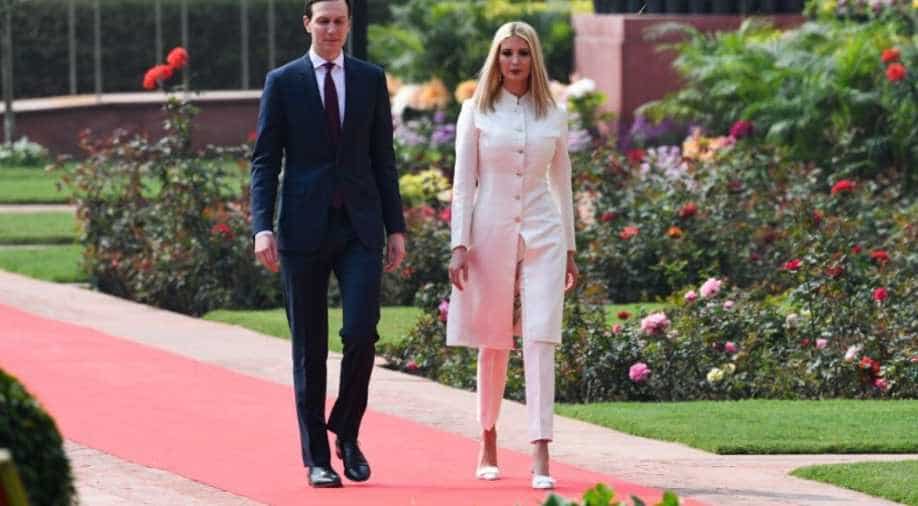 The dress is an Indo-western fusion ensemble by indian designer Anita Dongre.

White seems to be a hot favourite among the Trumps as after Melania who chose a white jumpsuit for her first day visit to India, US President Donald Trump’s daughter Ivanka stunned in an Indian designer on day 2. Live: We finalised defence deals worth $3 billion, says US President Trump after talks with PM Modi

To her visit to the Rashtrapati Bhavan, Ivanka Trump chose a subtle Anita Dongre sherwani in creamy off-white. She completed the look with white ballerina flats.

The dress is a tailored full-sleeve bandhgala sherwani made out of handwoven Murshidabad silk. It had metallic button-down details paired with straight fitted pants in the same colour. 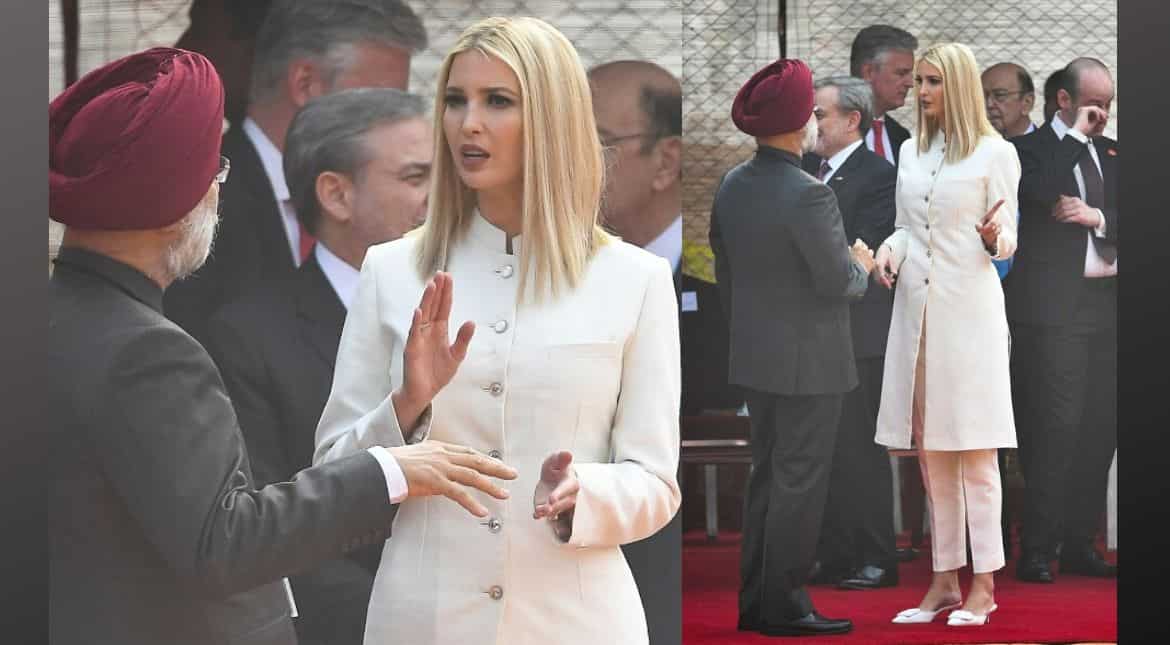 The dress is an Indo-western fusion ensemble by Indian designer Anita Dongre. On the garment, Anita said in a statement, "Ivanka is wearing a sherwani made out of handwoven silk from Murshidabad, West Bengal. It is timeless, and such a classic  - We created this style twenty years ago and it's amazing to see how beautifully relevant it is even today. A powerful, standout silhouette, a sherwani carries the same charisma in absolutely any colour but my personal favourites are the evergreen blue, white and black."

Ivanka Trump joins the long list of dignitaries who have previously worn Anita Dongre on their visit to India including Kate Middleton, The Duchess of Cambridge, Queen Mathilde of Belgium, Sophie Grégoire Trudeau, The First Lady of Canada, Hillary Clinton, Former First Lady of the United States.

US President Donald Trump participated in various programmes in Delhi today. The first programme was the ceremonial reception at Rashtrapati Bhawan after which the entourage headed to the Hyderabad house.